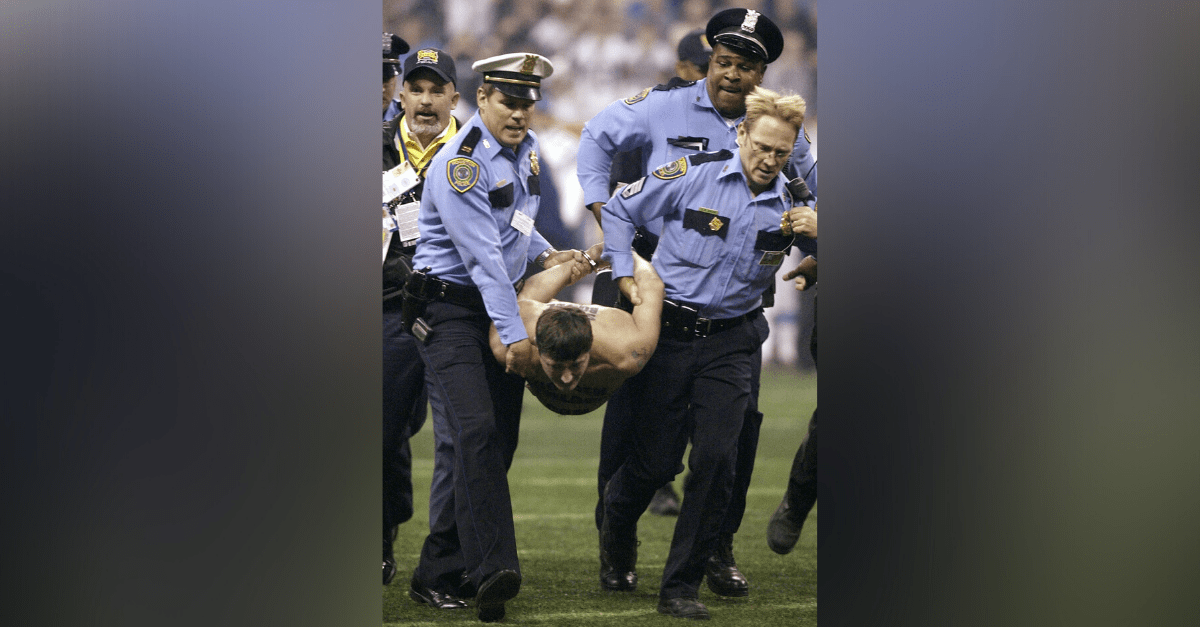 Super Bowl XXXVIII will always be remembered for different reasons. Some will immediately recall the New England Patriots‘ victory over the Carolina Panthers. Others will point out the infamous Janet Jackson wardrobe malfunction with Justin Timberlake. There is one moment, however, that gets completely lost in the shuffle: The legend of British streaker Mark Roberts.

A game-winning field goal by Adam Vinatieri was exciting. It capped off one of the greatest championship games in NFL history, for crying out loud. So was the Super Bowl Halftime Show, primarily due to Nipplegate. But for Roberts, and anyone else at Reliant Stadium in Houston, Texas that Sunday, there was some added excitement.

Streaking, weirdly enough, is a part of major sporting events. A few succeed. A few more fail. Yet, none of them had quite had the success rate as Roberts.

A gem from the KHOU Sports vault, the streaker at Super Bowl 38! Something you didn't see on TV…the best part, at the end! pic.twitter.com/tVdFpQiKlD

RELATED: Nipplegate: The Super Bowl Halftime Show That Revealed Too Much

As the world was a getting ready for the second half, and still debating the Janet Jackson wardrobe malfunction during “Rock Your Body,” Mark Roberts decided to bring even more nudity to everyone in attendance prior to the third quarter kickoff.

He dressed as an NFL referee before stripping completely. He then showed off his odd dance moves before realizing he was about to get caught. It was a success, by his streaking standards.

?I can?t do it during the game,? Roberts told Yahoo! Sports. ?It has to be before the game is in play. I don?t want to interrupt the game ? I?m a professional.?

For all intents and purposes, Roberts probably knew he would get caught. You just can?t run out on the Super Bowl field and expect to walk back to your seat like nothing happened. What he likely didn?t expect, however, is how he got knocked to the ground.

As Roberts ran across the field, doing all he can to avoid getting caught immediately, Patriots linebacker Matt Chatham decided to take matters into his own hands. He chased him down, leveled Roberts with a side shoulder, and got out of the way as soon as the police arrived.

In classic fashion, Roberts was carried off the field by several officers. He later received a $1,000 fine for trespassing.

The clip was never shown on the CBS broadcast.

So if anyone brings up the Super Bowl XXXVIII Halftime Show or how Tom Brady won his second ring, be sure to remind them of Mark Roberts because he pulled off the near impossible at the most famous sporting event in the United States.

He definitely took the lyrics of ?have you naked by the end of this song? literally.

MORE: The Wimbledon Streaker Whose Tiny Apron Stole the Show