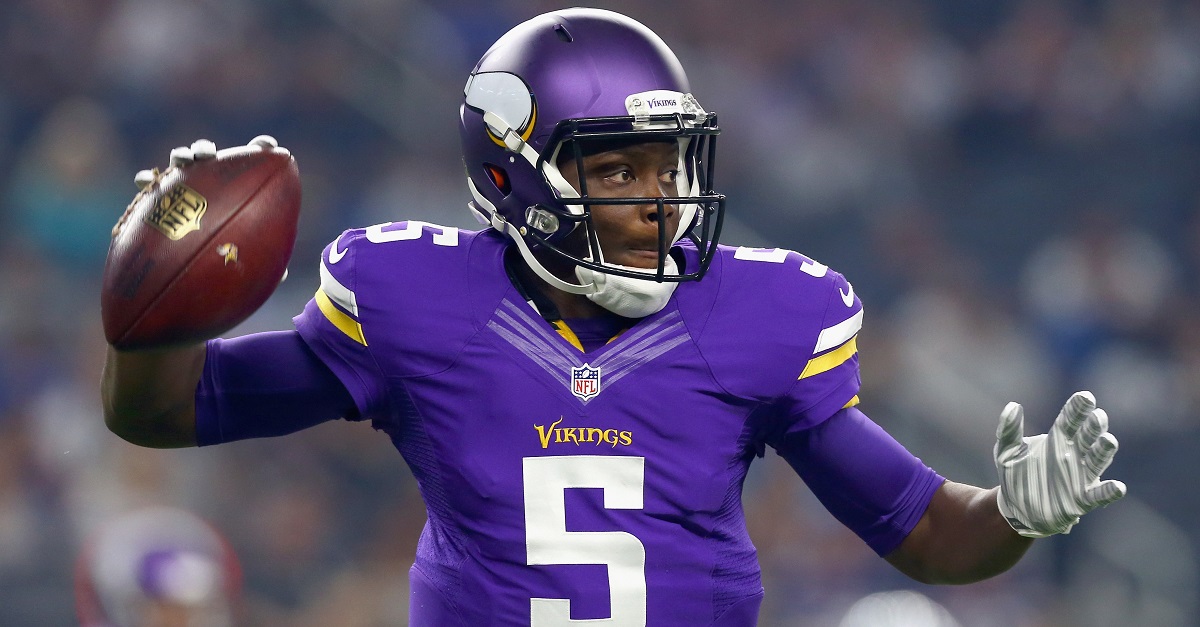 The Minnesota Vikings and the NFL were devastated when quarterback Teddy Bridgewater went down last year with a dislocated knee. He missed the entire season and has yet to play or even practice this season. However, it looks like the latter is about to become a reality.

Vikings QB Teddy Bridgewater has been cleared to practice by doctor who performed the surgery on his dislocated knee, according to source

Not only will be able to practice now, but he could quickly be activated to take the place of current starter Case Keenum, who was the team’s second option going into this season.

On Teddy Bridgewater post-exam today: #Vikings will activate him this week or next week. They expect him to play this year. Amazing recovery

And it would appear that Bridgewater himself might have just confirmed the news:

Having Bridgewater back for the second half of the season, coupled with Aaron Rodgers’ injury in their division, could mean a playoff run for a team that was just hoping to scrape by this season. They’re currently 4-2 and sitting atop the NFC North. Getting Bridgewater back would only strengthen the team and make them considerably better going forward.

The Vikings face the reeling Ravens and the hapless Brown before heading into a bye week, which might be the perfect time to get Bridgewater up to speed and getting first-team reps. This news could not have come at a better for the team and for the QB who had a breakout year in 2015 before his training camp injury last year.