Troubled Johnny Manziel reportedly takes another turn for the worse 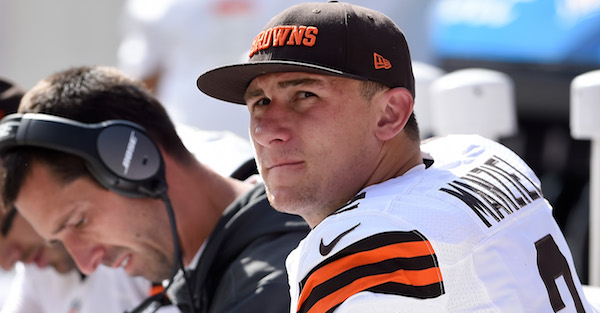 If the New York Post’s Page Six is indeed correct. it would appear Johnny Manziel is back to his partying ways

Manziel, the troubled former quarterback who back on July 1 pledged to go completely sober in an effort to get back in shape and return to the NFL, reportedly tossed back a shot and had a rum and Coke Saturday night in Los Angeles.

The night before, he told TMZ he wanted to play for the Dallas Cowboys, but that appears a longshot at best (unless Jerry Jones takes full control of the organization again).

Manziel’s attorney called Page Six’s story on Manziel’s drinking, the “dumbest story I think I have ever heard.”