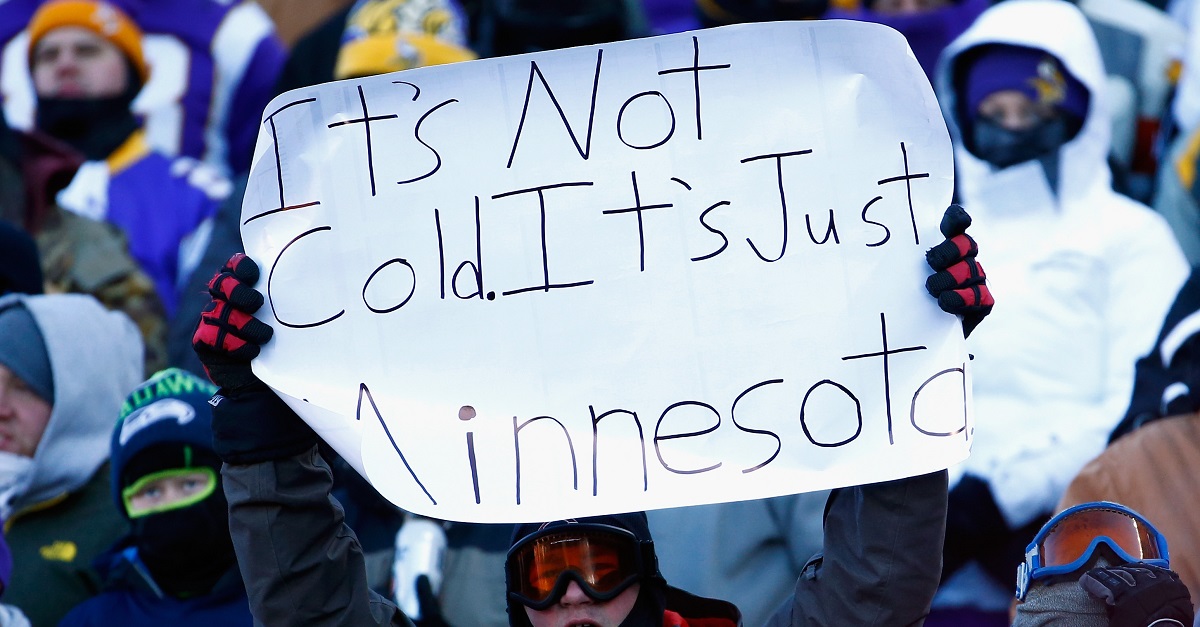 The Minnesota Vikings have a cozy new stadium they’re playing in to keep them nice and warm during the winter months. The fans do not get such luxuries if they’re tailgating though so they have to get creative in their cheering outside of the stadium.

It's so COLD at the @Vikings tailgate in (-20°… wind chill -34°) that they're using fire to keep the beer from freezing. #greatwhitenorth pic.twitter.com/QjIEWgBO76

RELATED: Psycho Vikings fan hyped a tailgate by biting the head off of multiple fish

That’s when you know you’ve reached desperation for heat and comfort. You’re putting your beer on a fire to keep it from freezing! The Minnesotans clearly don’t mess around.