Monday Night Football was So Wild That it Broke Yahoo! Fantasy Football 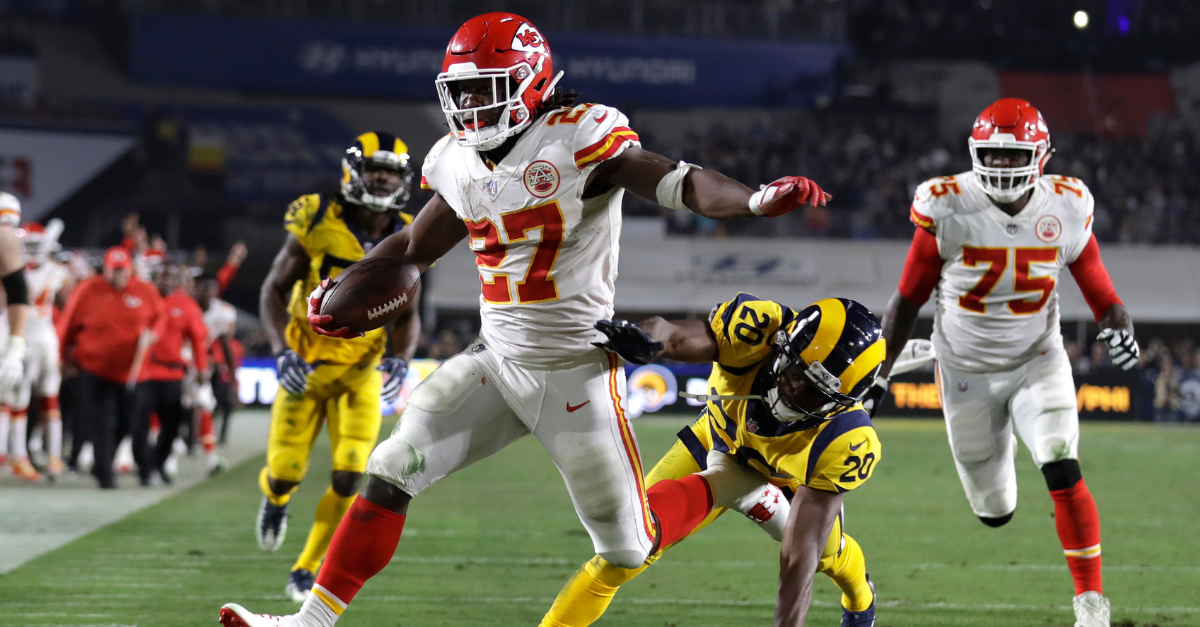 In most years, the Tuesday before Thanksgiving is spent either traveling or talking about plans for the holiday. This is a rare exception, though, because Monday Night Football, the game that was supposed to be played in Mexico City, turned out to be so crazy good that it is undoubtedly the hot-button topic at the water cooler.

Anyone who tuned into the MNF game between the Los Angeles Rams and Kansas City Chiefs is likely still in awe. It was the highest-scoring Monday Night Football game of all time, with the Rams edging the Chiefs 54-51, so social media was buzzing. The epic showdown, arguably one of the best you will ever see, also happened to break one of the most important things for NFL fans.

With 105 total points and 1,001 total yards combined, it was the greatest fantasy football game imaginable. Turns out, however, that Yahoo Fantasy Football didn?t account for all of the stats and some team owners who thought they won their week thanks to an amazing end to Week 11 actually lost.

We are aware of an issue with missing stats for some MNF players. Our team is currently working on a fix.

By looking at the time the tweet was sent, and knowing Yahoo! Inc. corporate headquarters is located in Sunnyvale, California, employees were working around the clock at 4:30 a.m. to fix any sort of glitch that caused missing statistics.

So, you can see why this was a big deal:

@YahooFantasy I won last night and now the app has me losing on the standings.

@YahooFantasy any chance you guys could recount this?! #fantasy pic.twitter.com/MCtTBEUazb

I am missing 100 points from Mahomes and hill pic.twitter.com/wj8DY91bbH

When @PatrickMahomes5 breaks yahoo fantasy and gives the bum in last place the dub pic.twitter.com/wrHe9PDNeM

I was crushed this morning because your fantasy search engines didn’t add in any of my scores from last night. And gave Butker a zero…I had 172 points when I went to bed and I woke up with a loss. Wtf yahoo. pic.twitter.com/WmzcEca99T

@YahooFantasy you gave me a loss in my Yahoo public league 1464687 when I clearly won. Please adjust. The numbers added up higher than 108.38. pic.twitter.com/N4lRtmCQ4d

Of course, all of this will eventually be fixed, and no one will complain when the final stats get added.

This will just be that one game everyone will remember as the the greatest Monday Night Football ever and the one that broke Yahoo! Fantasy Football.