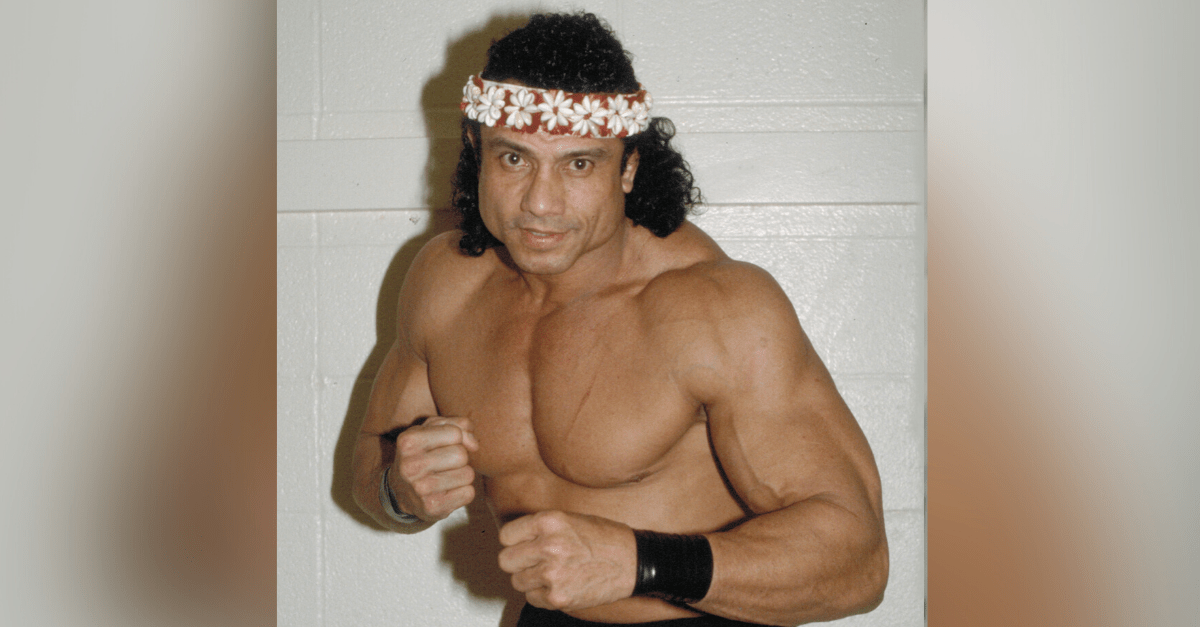 The controversy surrounding the late Jimmy “Superfly” Snuka and the death of his former girlfriend, Nancy Argentino, was featured in one of the Dark Side of the Ring episodes. Although Snuka was among one of the most popular stars in WWE history, there was a dark cloud hovering over the WWE Hall of Famer throughout his career.

In the early 1980s, Snuka, a native of the Fiji Islands, was one of the top babyface wrestlers in WWF. One of his most memorable moments that has been a part of video reels for years was his match against Don Muraco at the Madison Square Garden in New York. Jimmy Snuka jumped “15 feet high” off the top of the steel cage with his Superfly Splash and crashed on Muraco, which received a thunderous ovation from the crowd.

The Mysterious Death of Nancy Argentino

On May 11, 1983, Nancy Argentino was brought to the Lehigh Valley hospital due to suffering a head injury. Unfortunately, at 1:50 a.m., Argentino was pronounced dead. She had just turned 23 years old less than two months prior.

According to Deputy Coroner Wayne E. Snyder of the Weber Funeral Homes in Allentown, Pennsylvania, the official cause of death was “craniocerebral injuries.” On May 10, emergency responders went to the George Washington Motor Lodge in Allentown, PA, where Snuka and Argentino were staying in their separate room while other superstars were at the lodge in other rooms. Nancy was unconscious in the hotel room, on the bed. A frantic Snuka told paramedic Shirley Reeve, “they must have wrestled a little bit too much the night before he pushed her over, and she had hit her head.” The two went to bed, Snuka left the next morning to go to his wrestling match, and came back to Nancy unconscious.

Prior to this, there was an incident where Snuka and Argentino got into a fight, and Snuka was dragging her by her hair across the wall and floor. Snuka started to resist arrest, fighting both the police and the police dogs. Snuka was arrested on charges of assault and harassment. However, Nancy wrote a statement to clear Snuka of the charges. He ended up pleading guilty to a minor charge of harassment, and donated $1,500 to a local Ronald McDonald House. Snuka told several people that he pushed her and she hit her head. However, Snuka rescinded this account, and changed it to Nancy slipping and falling along the highway while taking a bathroom break.

A few weeks later, Snuka was interviewed by Lehigh County authorities and spoke to Vince McMahon. McMahon stated that they will cooperate with authorities, and Snuka was released with no charges. Snuka returned competing for the World Wrestling Federation following these charges.

Two years after her death, Argentino’s family sued Snuka for wrongful death charges, but never received any money of the $500,000 judgement.

An Investigation Reopens the Cold Case

Former Whitehall Township Chief of Police Frederick Conjour felt that there was insufficient evidence to issue murder charges to the professional wrestling legend with the death of his girlfriend. They ruled the death an accident, believing Snuka’s story that she fell at the side of the road.

For 30 years, Argentino’s death remained cold. Snuka, however, remained a top star for two more years after her death before leaving WWF to compete in Japan and the AWA. After the buzz of Argentino’s murder cooled off, Snuka returned to the WWF in 1989 and was a mainstay until 1992. Snuka even competed against The Undertaker at the 1991 WrestleMania pay-per-view.

In 2011, The Morning Call revived the case, as they developed enough interest to write a column about it. They decided to write a 30-year anniversary piece, which caused them to contact Argentino’s family, as well as dig deeper into the police and autopsy reports. They were able to retrieve the wrongful death lawsuit document, which was unsealed. In the document, they were able to obtain a copy of Nancy’s autopsy report, which stated the following:

“After review of the history and complete autopsy of the body of Miss Nancy Argentino, death is attributed to craniocerebral injuries, the pattern of which is consistent with a moving head striking at stationary object but is not consistent with a single simple fall in view of the multitudeness other scalp, facial and bodily bruises and abrasions.”

The report also stated, “The multiplicity and magnitude of the injuries may even be suggestive of ‘mate’ abuse.”

In addition, the report stated that Argentino’s clothing was checked due to the claim that she slipped and fell on the berm of the road. The conclusion of the finding “no evidence of dirt or tears of the fabric” was found. The hair and scalp were also examined at the time of the autopsy, and “no gravel or other similar dirt particles were noted.”

At the end of the report, Dr. Isidore Mihalakis stated, “In view of the autopsy findings and the discrepancies in the clinical history, I believe that the case should be investigated as a homicide until proven otherwise.”

In 2013, the district attorney reopened the case. On September 1, 2015, Jimmy Snuka was charged with third-degree murder and involuntary manslaughter. During the series of hearings, Snuka’s lawyer stated that he suffered traumatic brain injuries, which caused severe damage. As a result, he felt that the 1996 WWE Hall of Fame inductee was incompetent to stand trial. The angle was that the pro wrestler’s dementia was so bad that he was mentally unable to proceed on trial for his criminal allegations.

In January of 2017, Judge Kelly Banach dismissed the charges, deeming Snuka incompetent to stand trial. However, in May of 2016, psychiatrist Dr. John O’Brien believed that Snuka could be feigning his injuries, reporting that he was able to “turn it on, present himself in a way that’s not consistent with how he functions,” and that there was little evidence from the medical report to show that Snuka suffered from repeated concussions or brain injuries. He also stated that references of Snuka’s cognitive impairment did not show up until the trial reopened.

On January 15, 2017, Jimmy Snuka died at 73, as he was battling stomach cancer. While there will never be another like Snuka in all of pro wrestling, and he was one of the most beloved WWE stars in the 1980s, there will always remain a dark cloud over his legacy.

Following his departure from WWE in 1992, Snuka competed for Eastern Championship Wrestling, and made a few more sporadic appearances in the WWF. After leaving ECW in 1994, Snuka competed for several independent promotions, and even returned to WWF at the 1996 Survivor Series pay-per-view. In 2000, he appeared in WCW, defeating Jeff Jarrett in a steel cage match.

Interestingly, despite reports of dementia during his trial, Snuka competed frequently as a professional wrestler well into his 60s. In fact, Snuka competed in August of 2014 at the age of 71, teaming with “The Patriot” Tom Brandi to defeat Brodie Williams and Mr. TA. He also competed just five months earlier, in Salt Lake City, Utah.