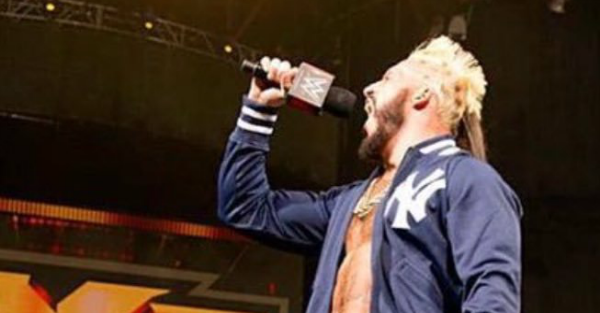 According to a report, many within the WWE were not shocked to find out that Enzo Amore found himself at the center of sexual assault allegations. Furthermore, some within the company warned him about his antics months prior to the allegations levied against him that led to his termination.

Fistful.com is reporting that people who worked with Amore believe he was either living his gimmick or buying into it. The website cites talking to a half-dozen people who had that sentiment. People believe this led to an inevitable issue for Amore, as well as tension with the people he worked with.

The report would go on to state that Amore would regularly put himself in poor situations.

A woman accused the wrestler and his friends of drugging her prior to an alleged sexual assault. While the WWE first suspended the wrestler, the company quickly fired him as details began to emerge.

An investigation is underway and police are waiting for lab results, according to reports.

Shortly after his termination, Amore, real name Eric Arndt, released a statement through his legal representation.

Over the last two days, Philomena Sheahan has made multiple public accusations against Eric Arndt (also known as Enzo Amore with the WWE), including allegations of sexual misconduct concerning an October 2017 incident in Phoenix. Mr. Arndt fully and unequivocally denies those accusations. He is cooperating with the authorities in this matter and looks forward to having it resolved in a timely manner. Neither Mr. Arndt nor his counsel will be making any further public comments on this matter.

Amore, 31, is a two-time Cruiserweight champion who emerged as one of the company?s most popular characters dating back to his run in NXT alongside former tag-team partner Big Cass.