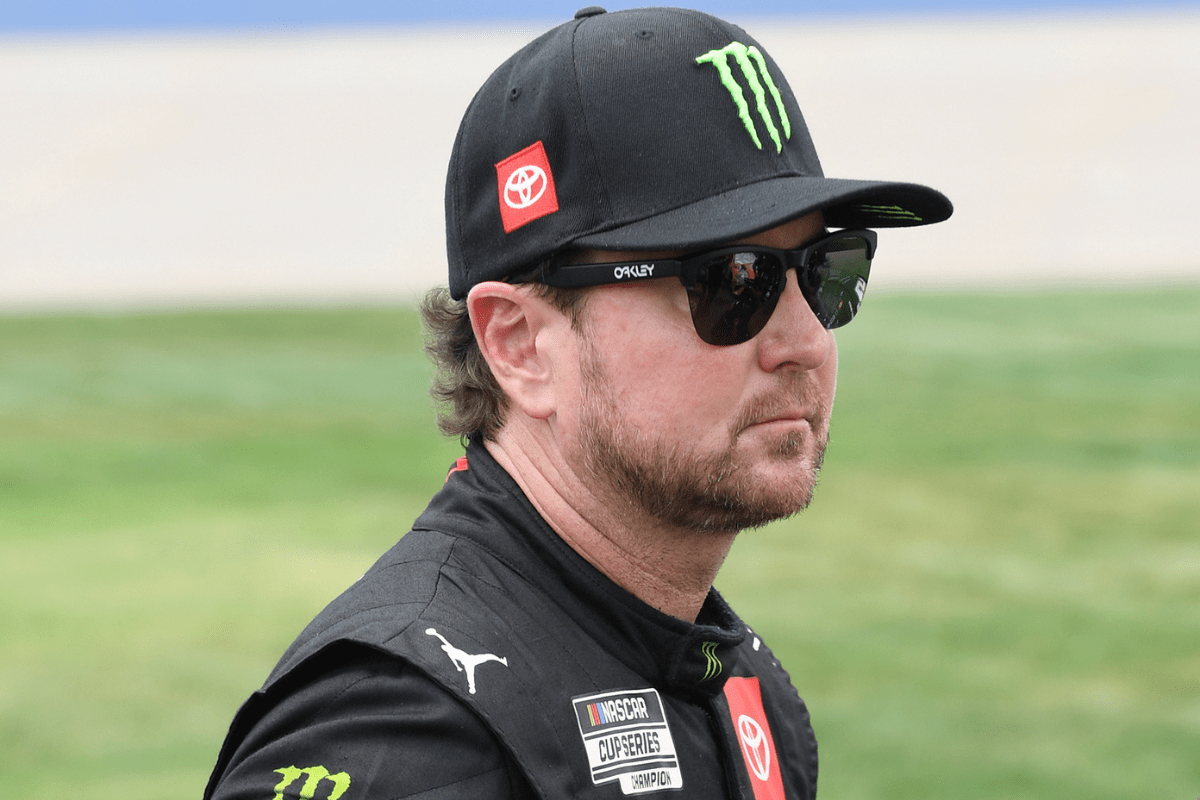 This past Sunday, Kurt Busch was chasing a feat that he hasn’t accomplished since 2015: at least two Cup race wins in a season. In his first season with 23XI Racing, the 43-year-old NASCAR vet has racked up a string of impressive finishes during the first half of the season, with four top-fives and a win at Kansas Speedway under his belt so far. Busch hasn’t performed this well, this early in years, and his victory at Kansas was the earliest he’s won in a season since winning the Daytona 500 in 2017. As for the last time Busch won at least twice in a Cup season, that came two years earlier with wins at Richmond and Michigan on his way to an eventual eight-place spot in the standings to finish off 2015.

Currently sitting at fourth place in the standings, Busch was gunning for his second win of 2022 at the Ally 400 at Nashville Superspeedway. He would’ve probably gotten it done, too, if it weren’t for a pesky driver from Hendrick Motorsports named Chase Elliott.

With four laps to go on the final restart of the race — a race that didn’t see the checkered flag waved until six-and-a-half hours after the green flag waved due to two lengthy rain delays — Busch had the chance to secure the victory. But, Elliott was able to easily hold Busch off on his way to stealing the glory and securing his second win of the year.

In a post-race interview, Busch expressed disappointment for letting his team down and regret for not racing Elliott as hard as he could have.

“I got soft on him, Busch said. “I should have been throwing some fenders and moving some momentum around. I didn’t stick with our strength. We didn’t have many strengths tonight. We just executed really well. The restarts were so-so and long run speed was good. I just needed to stick with our strength and I messed up.”

I want to thank all my guys at 23XI. We have a great group of guys and girls. The way that we’re running, a second is cool, but we’re here for wins with the playoff situation. This Camry and all the TRD Camrys were awesome. I just hate it when we don’t get into victory lane and I was right there.”

“I wanted to throw some fenders, but I didn’t get the job done. Everybody will be smiling, but I let them down. I should have come up with a better plan.”

Busch, who would’ve moved up to second in the standings with a win at Nashville, also took his post-race media time to address his issues with NASCAR’s Next Gen car. Simply put, it’s just too damn hot in there.

“There’s some work to do. NASCAR needs to listen to the drivers,” Busch said, adding, “It was like a greenhouse. I’ve never been that hot when I got in a car.”

Busch went on to say that the design of the newer model makes it harder for air to circulate and ventilate throughout the car’s cabin. On top of that, the Next Gen car’s split exhaust system makes the hotter than normal, since it’s set up to run exhaust directly under where the drivers are sitting. NASCAR has worked on addressing those issues, but Busch says there’s still a lot more that needs to be done for things to be up to snuff.

Like other drivers fighting for a solid spot inside the playoff bubble, Kurt is hoping to end the regular season on a hot streak. But, a literal heat-generating streak the likes of which he’s getting behind the wheel of his No. 45 Toyota Camry definitely isn’t the kind he had in mind.