Jeff Gordon Got Pelted by Beer Cans After His 2004 Win at Talladega. Here’s Why He Calls It the “Greatest Day of My Life” 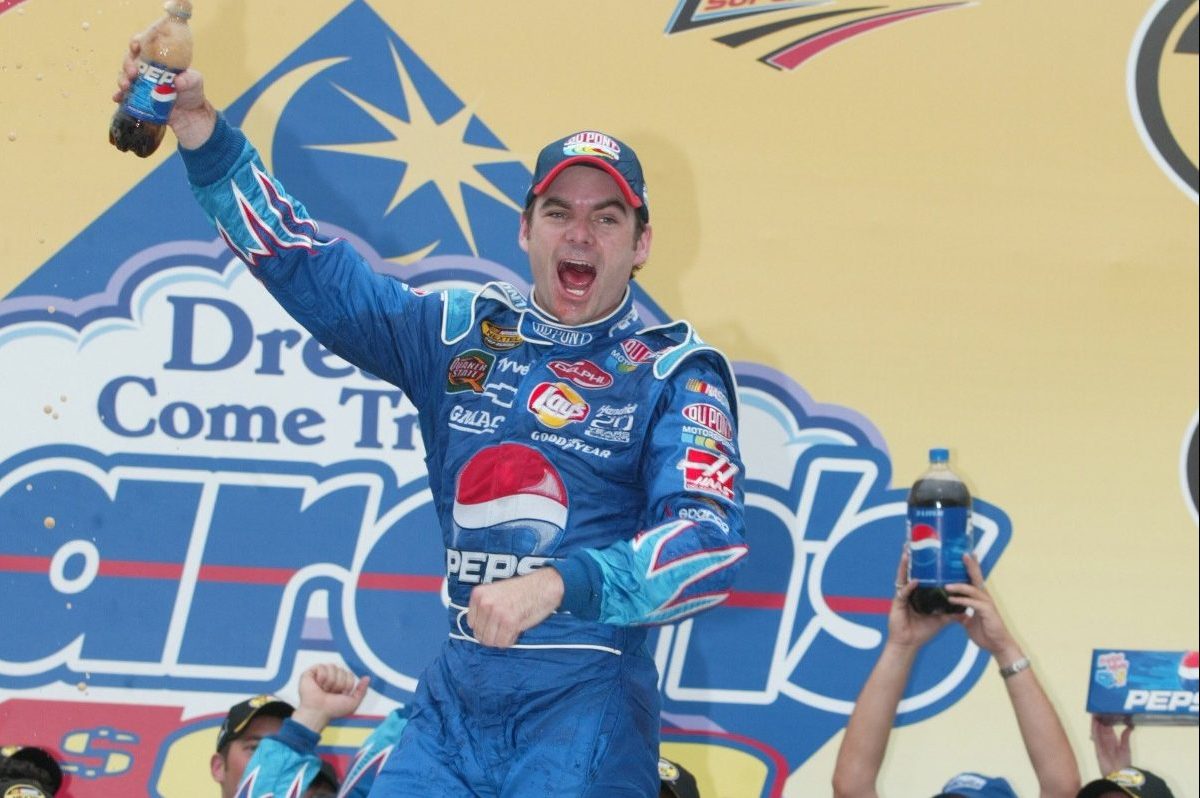 The 2004 Aaron’s 499 spring race at Talladega Superspeedway may not be a race that’s engrained in the minds of most NASCAR fans. But, for Jeff Gordon, it’s a race he’ll never forget.

During an episode of the Dale Jr. Download podcast back in 2018, the former driver of the No. 24 Chevrolet recalled his initial excitement over his big win. Though, this excitement was immediately followed by the realization that a lot of Dale Earnhardt Jr. fans would be especially heated over Gordon’s win, considering the Earnhardt family’s legacy at Talladega.

“I was sitting there going, ‘I think I was ahead! I think I was ahead!’ And when they told me I was, I was like, ‘Yessss!’ And then all of sudden I realized, ‘Uh oh, there’s going to be a lot of pissed off people in the grandstands,'” Gordon said.

“Because I mean, listen, you always had an incredible following, but I don’t know. I look back at those days and where the sport was and the enthusiasm and the trendiness of NASCAR and how it was just blowing up, and you were such a huge part of that. And I played my role in it as well, but to have me and you kind of going head-to-head like that and for it to come down to a controversial finish, it was one of those times where I was like, ‘I don’t know if I want to win this race or not, because I also wanted to get out of here alive.'”

To ring in what would be his first win of the 2004 season, Gordon was greeted with not only yells and boos from the crowd, but also beer after beer raining down on his stock car.

“This is the greatest day of my life,” said Gordon, looking back on the big win. “They were going crazy on my ass. Honestly, we had to have a lot of security.”

“And not that I encourage people to throw things out on the track, but that is the essence of NASCAR in those days. And you wish you had moments today, that they cared that much for what is happening.”

Could you imagine something like this happening now? Sure, there may still be plenty of beer being thrown around at Talladega these days, but that’s usually just between rowdy fans tailgating before a big race. And, even then, most of that beer is being consumed, not hurled in anger.

Speaking of tailgates at Talladega, you’d be hard-pressed to find a track that’s more ideal for pre-race shenanigans. But, that’s a story for a different time.