The Secret to Winning Over NASCAR Fans? It’s the “I Don’t Give a S*** Attitude” for Kevin Harvick. 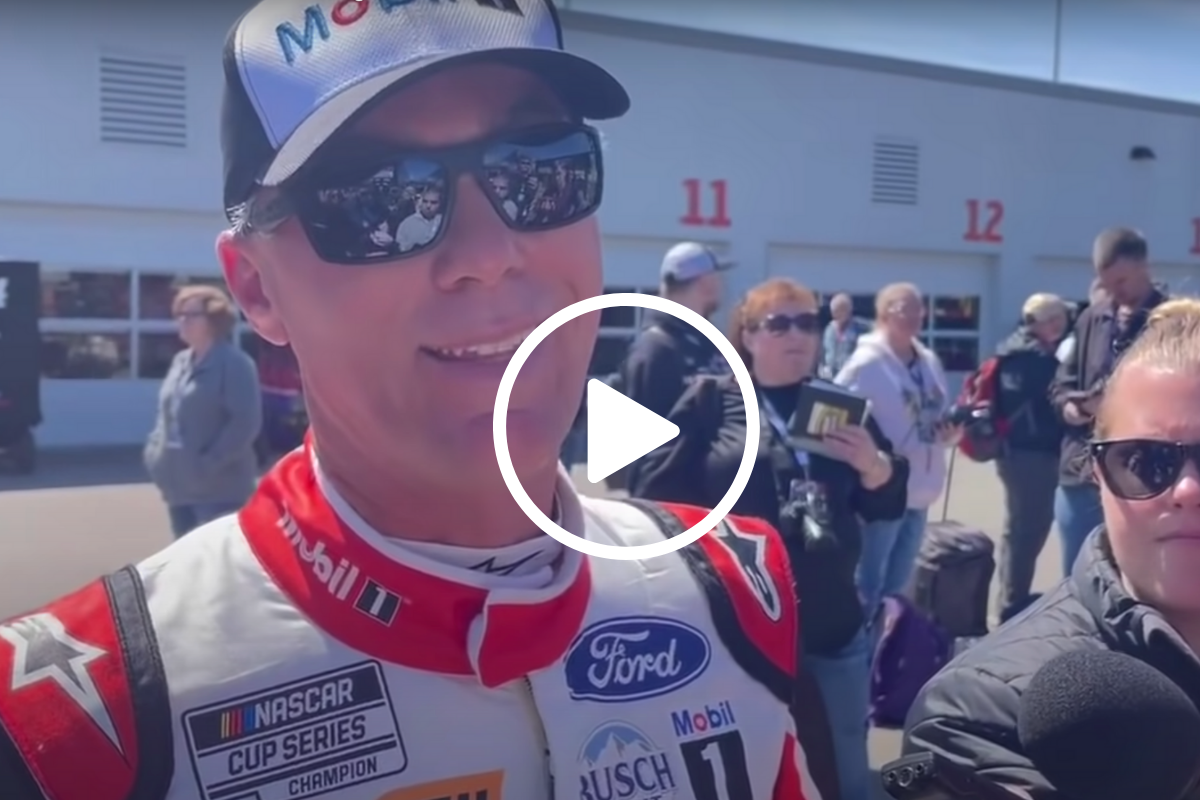 Heading into the Toyota Owners 400 at Richmond Raceway (which Denny Hamlin ultimately won in a dominant showing for Joe Gibbs Racing), NASCAR was still abuzz over Ross Chastain’s exciting win at Circuit of the Americas the week prior.

The Watermelon Man’s bold last-lap move to hold off A.J. Allmendinger brought up a larger conversation about aggressive driving in NASCAR, and whether that style of racing should be praised or criticized.

Before Sunday’s Cup race, reporters caught up with Kevin Harvick to give his two cents about Ross’ hard-fought finish in Texas. As an aggressive driver himself, Harvick had good things to say about the 29-year-old driver for Trackhouse Racing Team.

“Ross is just a super aggressive driver, and I think balancing that with not wrecking and putting yourself in bad spots, there’s a fine line between that,” Harvick said. “I think that’s the biggest difference. He’s still super aggressive and does all the things that he needs to do, but he has learned how to not put himself in a position where he totals his car or tears his car up.”

“That’s important to have that flair and that fire because that’s what’s going to set you aside from everybody else.”

During the follow-up question, Harvick couldn’t help but crack a slight smile after comparisons between himself as a younger driver and Chastain.

“Having some of that personality and that ‘I don’t give a s***’ attitude about what happens and if you don’t like it, sorry — having that edge is something that will make him popular because of the way that he races,” Harvick continued.

“He doesn’t have to do anything else. Just race like that and the people will gravitate toward you because it’s exciting to watch and you’re winning.”

Speaking of aggressive finishes, Harvick actually expressed regret for not being able to pull one off at Richmond in his battle for first. He ended up placing second behind Hamlin.

“Had a shot there at the end. I wanted to be close enough with the white to just take a swipe at [Denny Hamlin],” Harvick said in the post-race interview.

“Yeah, the lap cars there kind of got in the way and I lost a little bit of ground. Still a great day for us. Just hopefully a little momentum in a positive direction.”

Harvick will have a chance to build on that momentum as NASCAR heads to Martinsville Speedway this weekend. He won the spring Cup race back in 2011, and at last year’s running, put up a ninth-place showing.