Kansas Speedway is a relatively new race track on the NASCAR schedule, having hosted its first NASCAR Cup Series race in 2001, which Jeff Gordon won on the way to his fourth -- and final -- Cup title. Since then, the Kansas City, Kansas track has been the site of several memorable moments, from Joey Logano's feud-causing win over Matt Kenseth at the 2015 Hollywood Casino 400 to Aric Almirola's terrifying wreck at the Go Bowling 400.

Before it goes to Kansas City for the second round of the Round of 16 playoffs on September 11, the NASCAR Cup Series is heading to the 1.5-mile tri-oval track on Sunday, May 15, for the AdventHealth 400. Here, we'll look at three major storylines to watch for on race day.

3 Storylines for the NASCAR Cup Series Race at Kansas Speedway 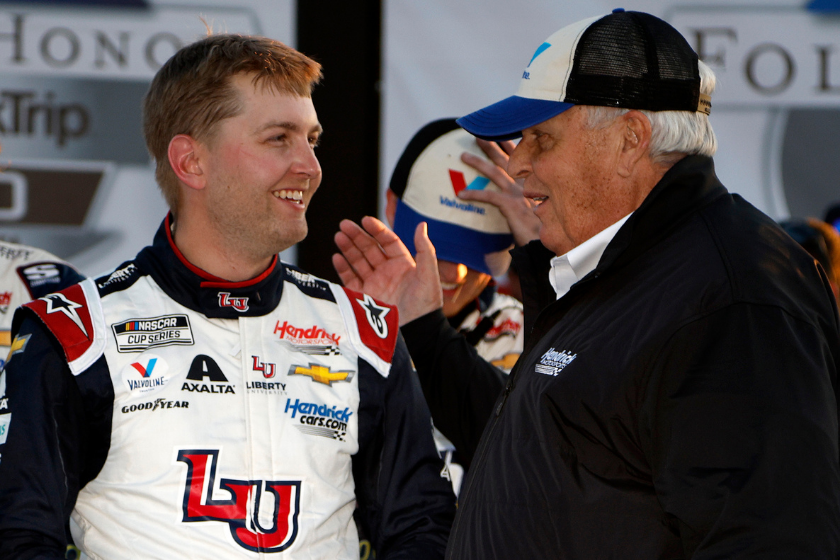 2022 is the year of Hendrick Motorsports.

All four Hendrick drivers have won at least one race this season. William Byron added to his two career Cup wins with two more, visiting Victory Lane at Atlanta and Martinsville. Chase Elliott got the W at Dover, snapping a 26-race winless streak.

Kyle Larson won at Auto Club, though not without some collateral damage in the process when he put Elliott into the wall on his way to victory (the two were fortunately able to avoid a longstanding feud). Alex Bowman won at Las Vegas, the hometown of Kyle Busch, and became the target of an F-bomb-laden-rant from the Joe Gibbs Racing driver for being the "same f***ing guy who backs into every f***ing win that he ever f***ing gets."

The success of Hendrick's drivers marks the first time that a racing team has won with four drivers within the first 11 races of the year. Hendrick Motorsports has also won 22 times since the start of 2021 -- twice as many as any other team in that time.

On top of that, Larson led the most laps at Kansas in 2021 (262 out of 534) and won the playoff race there, while Elliott has finished inside the top six in six of the past seven Kansas races.

There's a reason to be high on Hendrick heading into the Kansas Cup race.

Kyle Busch Is Eyeing a Repeat 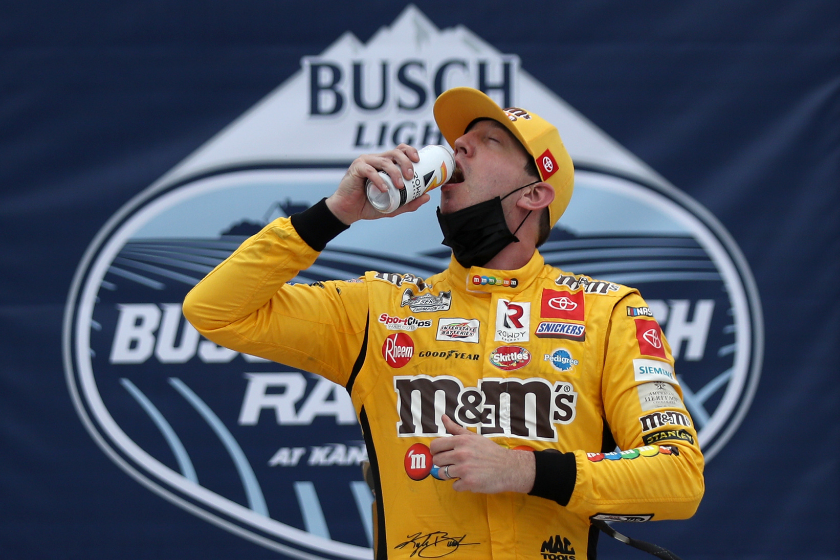 JGR has won three of the last five races at Kansas, with Martin Truex Jr. winning both the spring and fall race in 2017 and Denny Hamlin winning the playoff race in 2019 and coming back to win the July race in 2020.

But Kyle Busch should be the JGR racer to watch. He won last year's spring race at Kansas (conveniently named the Buschy McBusch Race 400), and he's racked up 11 top-10s, nine top-fives, and two victories in the last 14 races at Kansas.

Busch has had mixed results at 1.5-mile tracks this year, placing fourth at Las Vegas and 33rd at Atlanta (though the latter races more like a superspeedway these days to track reconfigurations). Busch is confident heading into Kansas, though he does recognize that the wind will also be something to watch for.

"I think the wind is usually a factor there," Busch said. "Sometimes it comes from the south, sometimes from the west -- it's like being in the Wizard of Oz. Kind of crazy to get there each year and try to figure out what's best."

"But the wind also plays into our setups. We talk about how you have to set up the race car according to which way the wind is blowing and what we have to do from that aspect. It definitely adds a different challenge to what we all do." 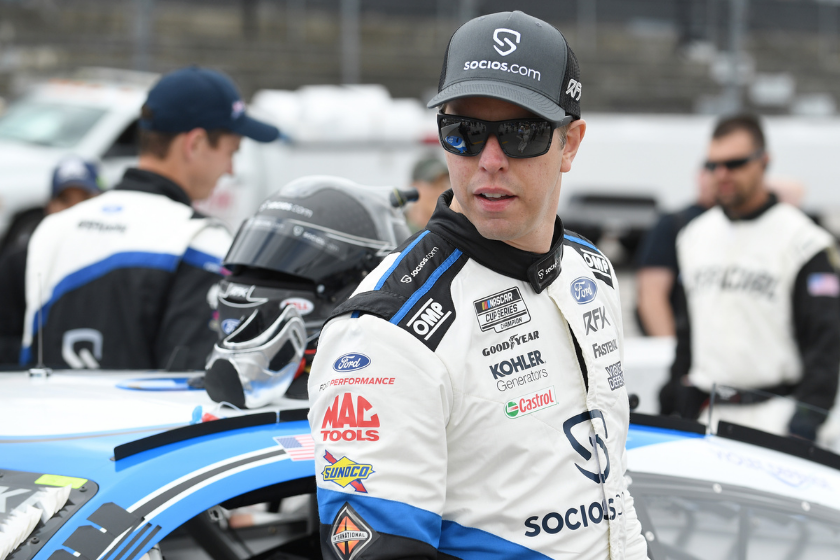 With 60-1 odds ahead of qualifying, Brad Keselowski is a long shot to keep an eye on. Even though he's struggled to crack the top-10 this year (with his highest finish being ninth at Daytona), the RFK Racing driver does have three top-fives in his last four Kansas starts.

Daniel Suarez comes in with 75-1 odds, and while he has yet to score a Cup win is his career, his teammate Ross Chastain has looked incredibly fast this year and is coming into Kansas as a 10-1. Since the Trackhouse Racing Team drivers are working with the same cars, it's not entirely outside of the realm of possibility that some of that speed rubs off on Suarez.

MORE: NASCAR Championship Odds: Kyle Larson Is Early Favorite to Win, But It May Be a Teammate's Year