It's always interesting to learn more about NASCAR drivers' better halves, and A.J. Allmendinger's wife Tara Meador is one of those racing wives who definitely deserves some recognition. 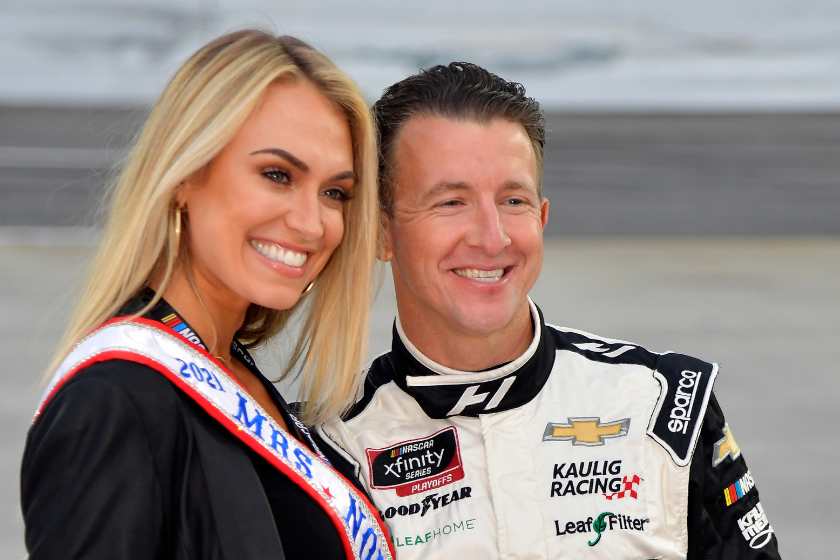 Originally from Nebraska, Tara Lea Meador graduated from Fort Calhoun High School back in 2007. She then attended the University of Nebraska-Lincoln, where she received her Bachelor's and Master's degrees in architecture. On top of earning valedictorian honors in undergrad, Tara was involved in a number of impressive co-curricular and extracurricular activities.

Over the years, Tara has worked as an aquatic consultant and architectural design consultant and associate in the North Carolina area. Today, she works as the president of Glorie, Inc. She's also an activist for the Catawba Riverkeeper, which is a non-profit organization that advocates for the waterways on the Catawba-Wateree River Basin. But, the accolades don't stop there. Add motivational speaker and avid American pageant contender to Tara's impressive resume.

Tara's social media accounts are filled with tons of pictures from different pageant events, and it's clear she also has a strong interest in the health and wellness industry. In 2021, she was named Mrs. North Carolina, and she also competed in the Mrs. America pageant.

As for her other hobbies, she's always been just as big of a sports fan as her stock car racing driver husband himself. Maybe that's part of the reason they mesh so well together. 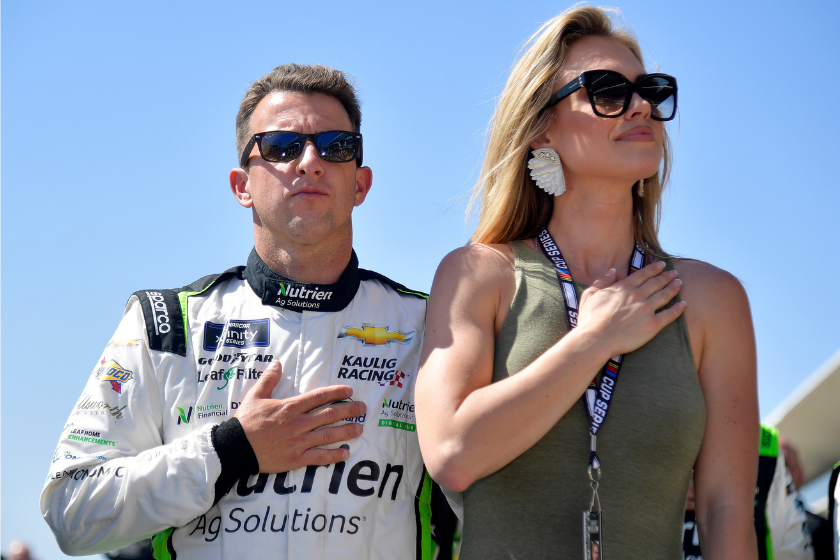 Before A.J. married Tara, he was married to Canadian model and chiropractor Lynne Kushnirenko. After five years of marriage, the couple divorced in 2012. Things weren't exactly going great for Allmendinger during this time, as NASCAR suspended him in July of that year after he failed a random drug test. This prohibited Allmendinger (who currently drives the No. 16 Chevrolet race car for Kaulig Racing in the NASCAR Cup Series and NASCAR Xfinity Series) from competing in the Coke Zero 400. He was reinstated in September.

Even before they met, Tara was no stranger to attending racing events. Interestingly enough, the two were first introduced at the 2015 Indianapolis 500. It must have been buzzing at the Indy 500 that year, because soon after they started dating.

In 2016, Tara and A.J. took in a cat named Mr. Tickles, who actually has his own Instagram account with a few thousand followers. They also have a french bulldog named Xena (yes, named after the Warrior Princess).

These two clearly seem like a perfect match. You can guarantee that whatever road course or speedway A.J. is racing, Tara will be right there cheering him on. What more can you ask for?