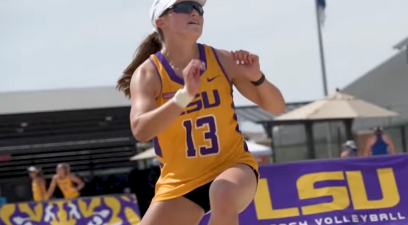 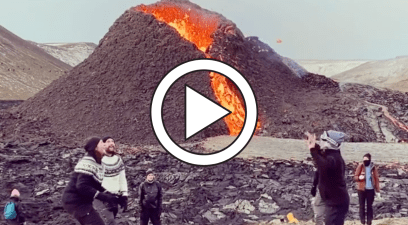 Decatur, Texas, is a tiny city north of Dallas with a population of a tad more than 6,000. A quick glance at the city’s Wikipedia page reveals that only two people born there have played in a major professional sports league like the NFL or MLB.

In fact, the most famous athlete to hail from Decatur is likely rodeo cowboy Trevor Brazile, who holds the record for the most Professional Rodeo Cowboys Association world champion titles. I would bet my life savings he isn’t the most athletic person from the Wise County town, however.

That distinction might belong to the one and only Autumn Finney. Back in 2017, the Decatur High School volleyball player made one of the most remarkable plays on a court you’ll ever see.

Decatur was taking on Krum High School in a Friday night matchup that would circulate social media because of one play, according to the Fort Worth Star-Telegram.

When Decatur’s rally quickly soured and the ball lofted in the air some 40 feet away from the net after two shots, Finney sprung into action and made an amazing save even Superwoman would have admired.

Holy cow is right. I have no idea how Finney contorted her body to launch that ball over the net or how she flew threw the air for that long, but she found a way. To make things more exciting, her team won the point.

“I thought a couple people in town would see it and think it was cool, but I didn’t imagine it ever going viral,” Finney told ESPN. “When Kerri Walsh Jennings quoted the tweet, I was in shock to say the least. She has been my role model since I knew what volleyball was, and she took the time to congratulate me. It truly meant the world to me. Everything that happened after was just bonus.”

Finney told ESPN she didn’t plan on playing for an NCAA volleyball team and intended on joining Texas A&M University’s Corps of Cadets in hopes of becoming a U.S. Marine one day. Something tells me she’s going to make one hell of a Marine.