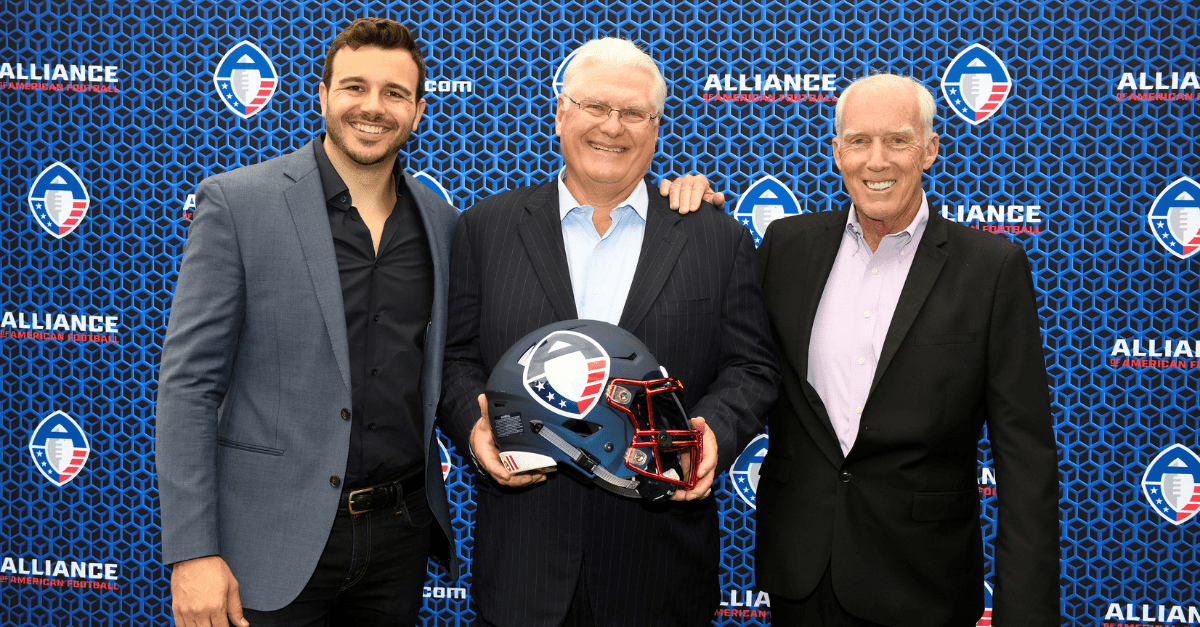 Alliance of American Football via AP

The Alliance of American Football was introduced as a potential minor league to develop future NFL talent. Alliance CEO and founder Charlie Ebersol used his past knowledge working closely with Vince McMahon’s XFL to develop a league built on quality football, an interactive mobile app, and high-profile head coaches and football minds like co-founder Bill Polian to jump-start enthusiasm. However, the AAF didn’t even reach the end of its inaugural season before being gutted by its majority owner.

Pro Football Talk first reported that the AAF would suspend all football operations effective immediately. The league, which was kept afloat by a $250 million investment from Carolina Hurricanes owner Tom Dundon early in the season, appears to be over after needing another $20 million to reach the end of its first year, a source told PFT. In hindsight, the one thing that kept the AAF alive was also the thing that killed it.

What Happened to the AAF?

After Dundon invested in the AAF, the NHL owner threw doubt on the potential future of the developmental league by publicly criticizing the NFL Players Association for not allowing the NFL’s practice squad players to compete in the AAF during the spring. The NFLPA responded with concerns that the AAF could not insure players in the event of an injury, which could force them to not meet the requirements of their NFL contracts.

Albert Breer, an NFL reporter for The Monday Morning Quarterback, tweeted that the Chairman of the AAF “bought a majority stake in the league simply for the gambling app being developed.” Sources told Breer that now that Dundon has his technology, he decided to cut the cord with the league co-founders and stole their idea right from under their noses.

The Action Network’s Darren Rovell reported that Dundon still hadn’t paid some vendors who worked with the AAF at the time. Sources also told Rovell that Dundon’s intent to unilaterally take control, then shut down the league and seize the AAF’s technology and assets for himself could be illegal.

A few months after the league filed Chapter 7 Bankruptcy, Las Vegas gaming company MGM Resorts purchased intellectual property rights for the gambling app for $125,000, and reduced the company’s claim against the bankrupt league from $7 million to $5 million. Several AAF players opposed this, citing the IP as the AAF’s only “asset of value” in the fire sale. Players had signed three-year contracts — which obviously won’t be paid and full — and they, along with many football staff members, were essentially stranded at upcoming AAF game sites when the news broke.

Perception inside the AAF is that Hurricanes owner Tom Dundon bought a majority stake in the league simply for the gambling app being developed.

Source: "Dundon got the technology he wanted and he's now minus one rather large headache."

Tom Dundon may have gutted the league of its technology, but he also lost a reported $70 million so far trying to keep it afloat. I’d say that’s a fair trade for yet another failed attempt at a professional football league.

This article was originally published April 2, 2019. We brought it back because, honestly, the AAF’s players deserved better.