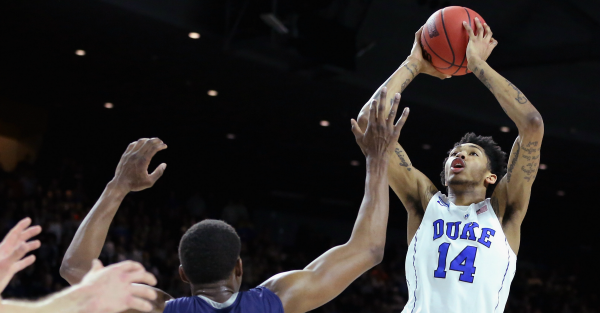 Brandon Ingram was a star for Duke this past year as a freshman and that looks like it will be enough for him at the university. He is officially declaring for the NBA Draft as he is expected to become either the first or second in this year’s draft. He wrote a letter to everyone at Duke via The Players’ Tribune.

He talked about the journey from super skinny short kid to becoming a bonafide star at one of the blue bloods of college basketball. He averaged 17.3 points, 1.4 blocks, two assists, 1.1 steals and 6.8 rebounds as a 6’9″, 190-pound forward. What’s most impressive is that he put to bed any talk of being a streaky shooter with his 44.2 percent shooting from the floor overall and 41 percent shooting from beyond the arc.

Ingram has been gaining ground on Ben Simmons in recent weeks and with Thon Maker’s announcement to enter the draft things could get very interesting if his workouts and combine go well.