In 2022, Tommy Tanks just couldn't stop hitting home runs, and the internet simply couldn't get enough of him.

Yes, the kid every college baseball fan is talking about looks more like a veteran minor league catcher than he does a kid. He's built like Mike Napoli in his prime and he's taking the baseball world by storm as a teenage freshman at North Carolina State. But now the 21st Century reincarnation of Babe Ruth is setting his sights on College Baseball Domination after transferring to LSU.

Tommy White saved us all during the MLB lockout, but just who the heck is this burly bopper who broke ACC's single-season record for most home runs by a freshman? 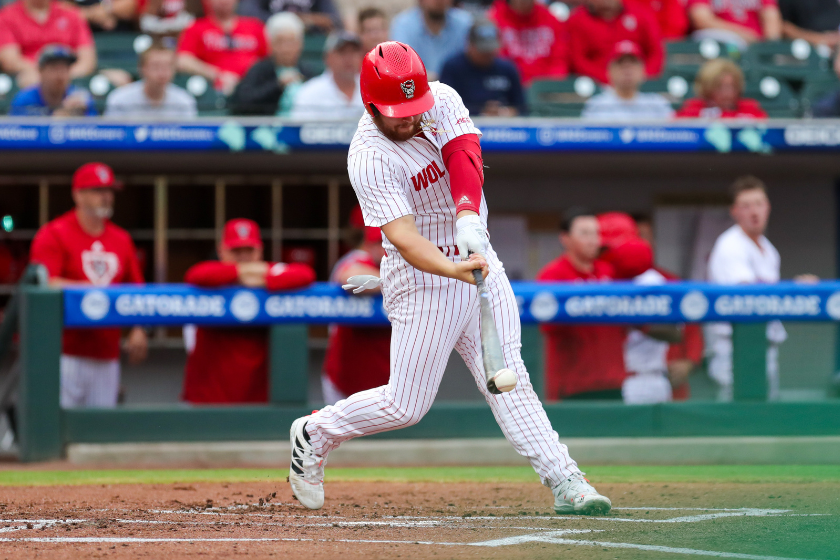 Why? Because of his enormous power to all fields.

He decided to set a "number" that teams would have to pay him if they wanted to select him during last year's MLB Draft. They didn't reach it and he wound up on campus in Raleigh, suiting up for NC State baseball.

"I had some interest and stuff, but I wasn't going to sell myself short," he told Inside Pack Sports. "I wanted to go to college and try to earn more out of college. My goal has been to go to NC State for the longest time, play for three years, and hopefully go to Omaha a couple of times. That has been a goal of mine since I was a little kid, to play college baseball."

That decision to forego MLB and play NCAA ball certainly seemed to be paying off just nine games into his NCAA career as Tommy Tanks began to emerge as a viral slugging sensation.

How the Legend of Tommy Tanks Came to Be 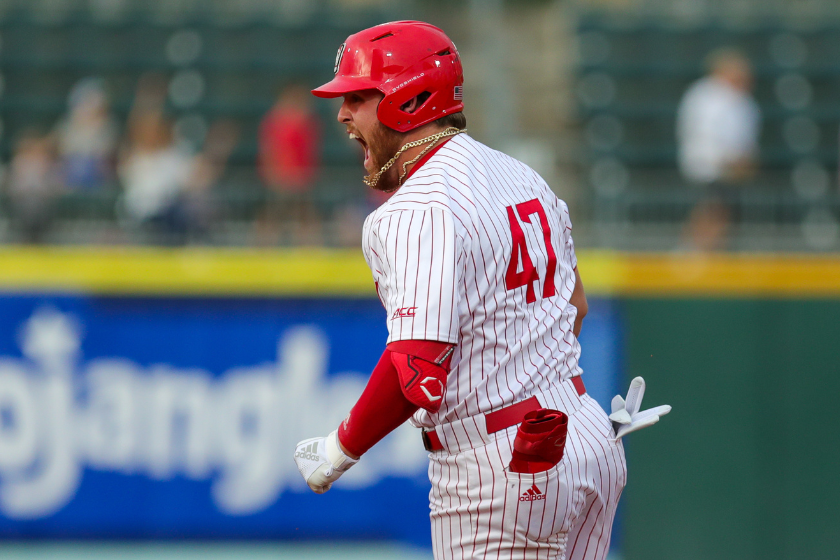 Let's talk about his first game.

You know, the one where you're supposed to have butterflies in your stomach and the nervous sweat seeps through your batting gloves.

Three home runs. In game numero uno of his already-legendary career. The Evansville Aces (those poor, poor pitchers) then surrendered two more home runs to the powerful first baseman in the next two games.

Tommy's reign of terror has continued, and no team is safe. He blasted another two home runs in a game against Quinnipiac.

Through nine games, he led the entire country in home runs with nine and RBIs with 29. Early this season, White was on pace for a gazillion homers and he was the sole reason anyone cared about college baseball so early in the season.

White is batting .588 with 29 RBI through 8 games as a freshman for NC State pic.twitter.com/7B7cZcE8gi

Trea Turner, a shortstop for the Los Angeles Dodgers and Wolfpack alum, gave the man-child praise on Twitter.

We were all witnessing the Tommy Tanks show. The kid even has a full line of merchandise because we can't get enough of him. You have to respect the hustle. Thanks, Tommy Tanks. Baseball fans needed you.

There are a lot of variables that could have led to White's decision to leave NC State as the most prolific NCAA freshman slugger. It wasn't NC State's failure to make the NCAA tournament ahead of the College World Series or even the lack of competition in the ACC. Instead, the St. Pete's Beach native's decision came from his desire to play third base.

Out of IMG Academy, White had offers from multiple schools, but all of them wanted him to lose the glove and stick to hitting. NC State was the only school that wanted Tommy to play third base, something they let him do a bit in 2022. But after proving his bat is worth his potential shortcoming in the field, LSU more than likely told him the hot corner was his to lose.

Some college phenoms get enticed by schools like Wake Forest and Vanderbilt with NIL deals and some with positional deference. LSU should consider themselves lucky.

This article was originally published on March 4, 2021, and has been updated.

MORE: Mike Trout vs. Rob Manfred: Why Baseball's Superstar is Right to Slam the Commissioner