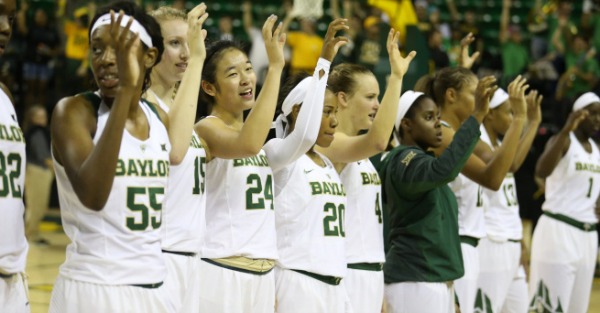 The Baylor women?s basketball team made history Saturday, at the expense of Texas Southern (23-10).

So this happened today.

The 89-point win is the largest in women's tourney history … by 15 points. pic.twitter.com/zEQcFevquG

And, that was just the start of the madness. Only three players for the No. 16 seed Texas Southern players scored and one  — Joyce Kennerson — scored 19 of the 30 points. Every Baylor player that entered the game, scored.

This was the first NCAA appearance by Texas Southern, the SWAC champ.