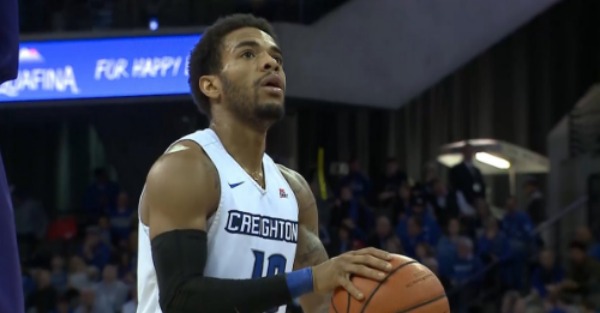 A former Creighton basketball player has turned himself in after prosecutors allege he raped a woman.

Maurice Watson Jr., 23, was charged with first-degree sexual assault in Douglass County, NE., and had his bail set at $750,000, according to a report in the Omaha World Herald.

Prosecutors allege that Watson forced a 19-year-old woman to perform a sex act on him before raping her, according to the Herald report. Watson?s lawyers deny the charge, and say their client and the alleged victim have had consensual sex in the past.

Watson had been rehabbing a knee injury, but on Sunday, was banned from campus and is no longer a student.