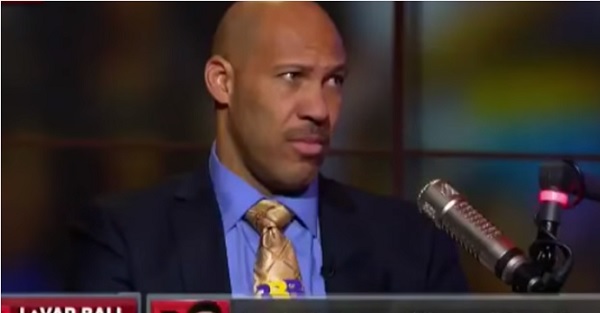 Ladies and gentlemen, LaVar Ball is at it again.

After his controversial appearance on FOX Sports’ The Herd show with Colin Cowherd and Kristine Leahy, LaVar Ball has fired back at Leahy and the show with the newest shirt from his Big Baller Brand.

The shirt’s tagline? “Stay in yo lane”.

Ball had told Leahy on The Herd to “stay in yo lane over there” after Leahy tried to confront him while he was a guest on the show. The comments generated controversy for both Ball and Leahy, as viewers attempted to figure out which person was at fault for starting and continuing the confrontation. Leahy eventually said she received threats over the matter, further escalating the situation.

Ball — the father of likely first-round draft choice Lonzo Ball — has become outspoken in recent months, and this shirt is just more evidence of his on-going attempt to build his family’s brand. He keeps making the news, so despite the controversy of it, it looks like it’s working.