Another Kentucky star declares for NBA Draft, but isn’t all the way in 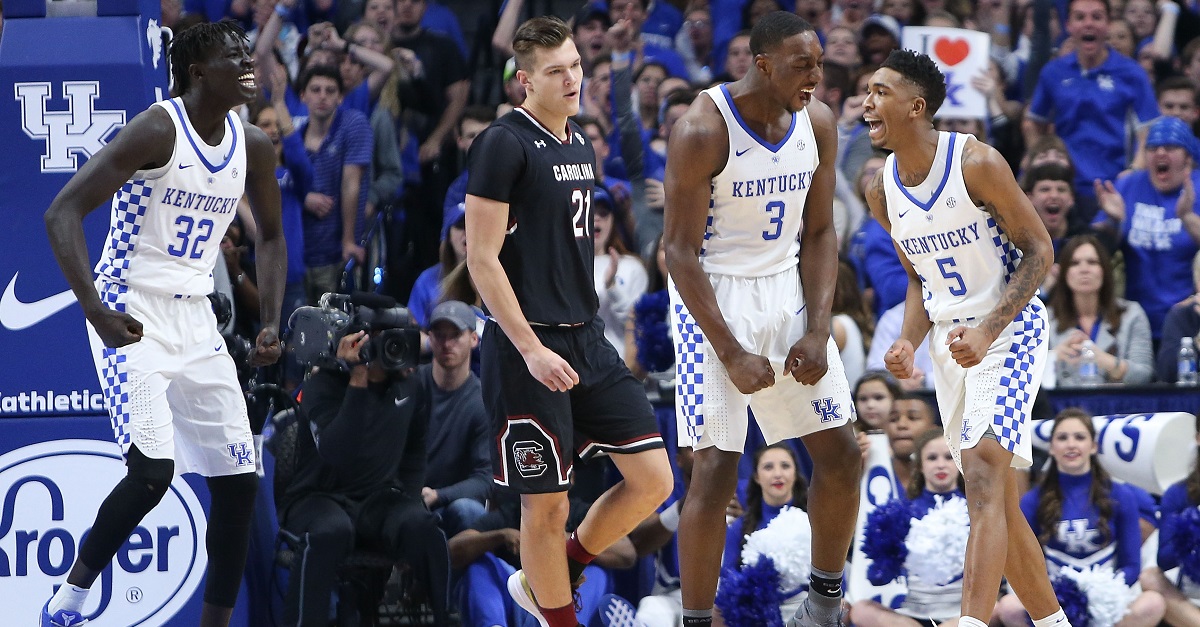 Kentucky has been a machine of one-and-dones under coach Calipari and set the record for most players taken in one draft by a single school. Cal is certainly hoping to do that again and chances just got a little better with big man Edrice “Bam” Adebayo declaring for the NBA Draft.

.@Bam1of1 will submit his name for the NBA Draft but does NOT plan to sign with an agent at this time.

The official Twitter of Kentucky basketball went on to explain exactly what that means and how well he did this season.

.@Bam1of1 So long as Bam does not hire an agent, he'll have until May 24 to make a final decision as to whether to remain in the draft or return to UK

.@Bam1of1 No matter what Bam decides to do, he had an incredible season. He averaged 13.0 points and a team-best 8.0 rebounds per game for us. pic.twitter.com/ZHgXNlaZgL

Adebayo struggled with foul trouble at the beginning of the season, but learned how to work his way around the officiating as the season went on. He showed his ability to seal off just about anyone in the paint and that he has a few moves in there as well. He is projected as a mid-to-late first rounder right now as he didn’t quite meet the expectations people had for him coming into the season.