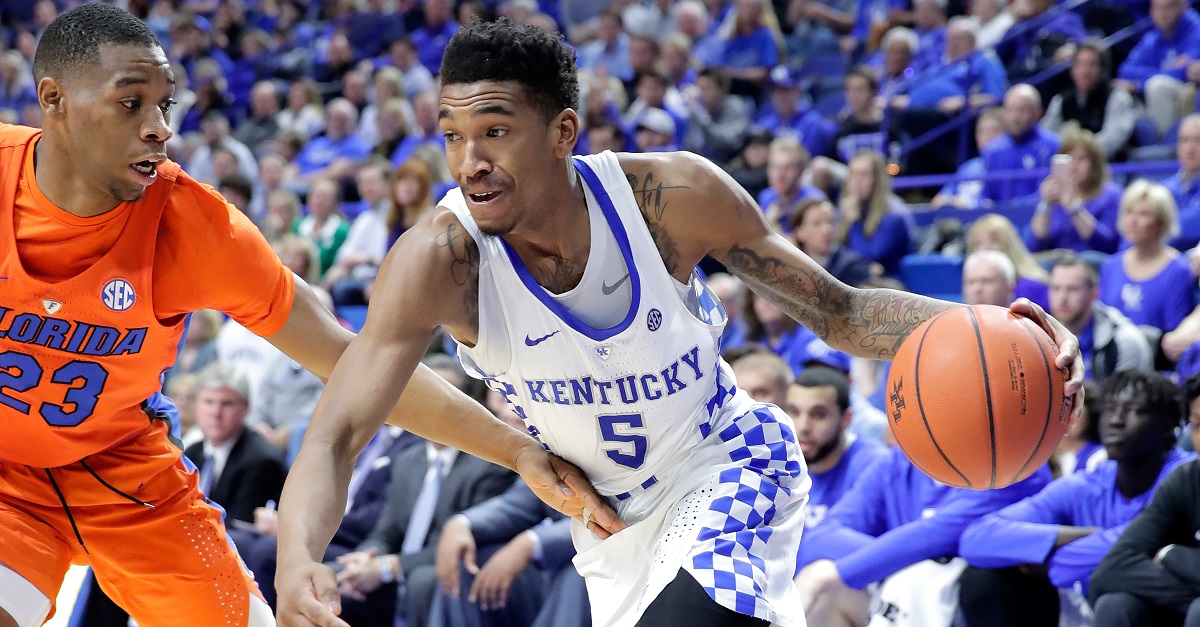 Kentucky freshman phenom Malik Monk announced the inevitable on Tuesday as he declared for the NBA Draft.

Kentucky's Malik Monk is officially headed to the NBA. pic.twitter.com/KlvUX99ncQ

Monk’s decision came after fellow freshman De’Aaron Fox announced he is entering the NBA Draft. Monk averaged 19.8 points per game and was named the SEC Player of the Year by the AP.

.@AhmadMonk Monk finished the season with 754 points scored, the most ever by a Kentucky freshman. It’s fourth all-time regardless of class.

Kentucky coach John Calipari tweeted his thoughts on Monk’s decision, and he is bullish on Monk’s future in the NBA.

.@AhmadMonk With Malik you’re talking about a superior athlete with skills and an ability to score that make him truly unique.

.@AhmadMonk Malik became an efficient player who I believe will make an immediate impact at the next level. Go do your thing, kid!

Monk is one of the top scorers in the upcoming draft class, and his 47-point performance against North Carolina in December was one of the best of anyone this season.

Draft Express has Monk as the No. 6 overall player in the upcoming draft?one spot behind Fox.