Donations to Player’s Family Reach $50,000 After Upsetting No. 1 Duke 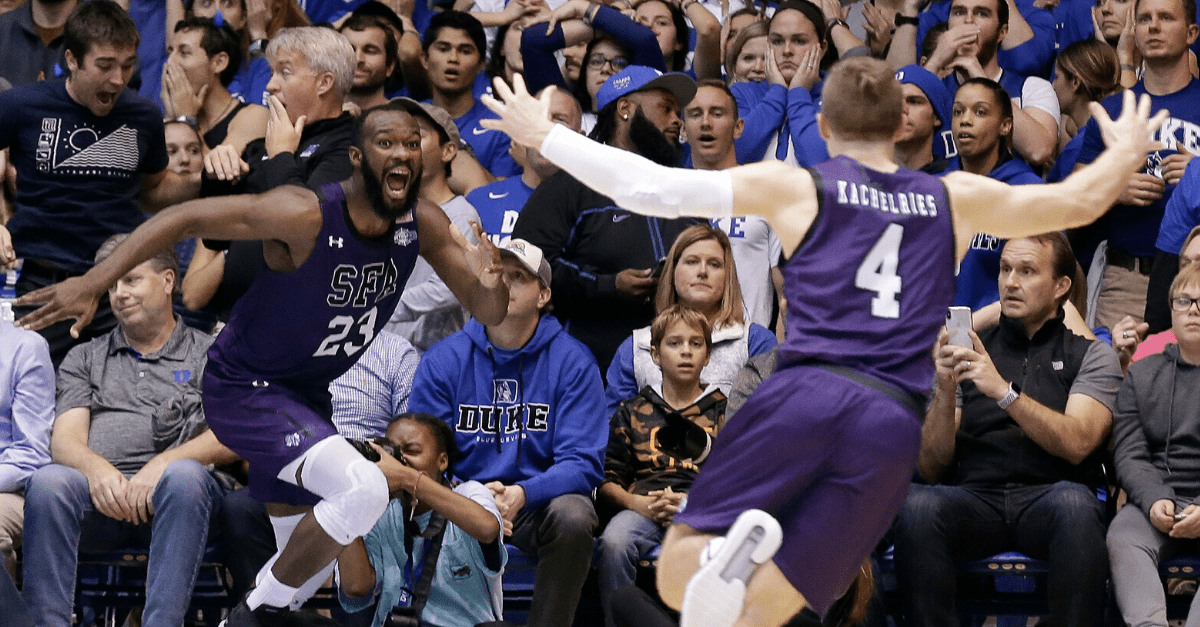 DURHAM, N.C. (AP) — The biggest winner in the aftermath of Stephen F. Austin’s shocking upset of No. 1 Duke might be the fundraising effort for the family of the player who hit the game-winning layup.

A two-month old GoFundMe page set up to help guard Nathan Bain’s family rebuild from Hurricane Dorian damage had raised $46,186, and counting, at 11:50 a.m. EST Wednesday — a massive spike from the roughly $2,000 it had raised before Tuesday night’s game that became the talk of college basketball.

Bain’s family in Freeport, Bahamas lost “nearly everything of value” and the church run by his father, a minister, sustained “extreme damage” in the Category 5 storm that hammered the islands, according to the website set up by the school two weeks after the storm. The initial goal was to raise $25,000.

“My family lost a whole lot this year, and I’m just playing this game for them,” Bain said in a television interview following the game. “Just playing for my SFA family, my family back home in the Bahamas. I just want to make my country proud and my whole team is behind me. … When everything happened earlier in the year, they had my back, and I just wanted to return the favor.”

Bain scored on a breakaway layup just before the overtime buzzer to give the Nacogdoches, Texas-based school an 85-83 victory that sent shock waves through the sport, ending the Blue Devils’ 150-game winning streak at Cameron Indoor Stadium against nonconference opponents — a run that extended nearly 20 years.

SFA has knocked off the number 1 team in the country."

The hustle, the layup, the call 😍!@RobMeyers3
with the call that brought us all to tears (happy tears)!#RaiseTheAxe#AxeEm pic.twitter.com/wnyq29zlw1

The upset that put the spotlight on the post-Dorian relief efforts came the night before the Battle 4 Atlantis tournament was to tip off in Paradise Island, Bahamas. Participants in the eight-team tournament — which includes No. 6 North Carolina and No. 13 Seton Hall — are assisting recovery efforts, with UNC senior Brandon Robinson leading a donation drive and Seton Hall raising money for hurricane relief.

Dorian hammered the northern Abaco and Grand Bahama islands before giving a glancing blow to the southeastern United States. There were 67 confirmed deaths and 282 people still missing as of late October along with $3.4 billion in losses for the Bahamas, according to a recent report.

FanBuzz Editor’s Note: At the time of this publishing, donations made to the GoFundMe page for Nathan Bain’s family climbed to over $56,000. You can donate by clicking here.