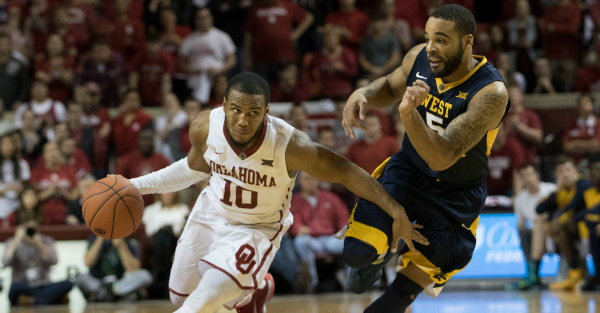 The 11th edition of the AP Poll featured the fifth different team this season to be ranked No. 1 with Oklahoma being the unanimous choice this week. The Sooners lost to Kansas in triple overtime, but the Jayhawks turned around and lost to West Virginia in Morgantown. That gave way to the Sooners being ranked No. 1 for the first time since the 1989-90 season.

Duke suffered the biggest drop of the week (11 spots) after losing to Clemson and Notre Dame. Kentucky had the second-worst drop (nine spots) after getting upset by Bruce Pearl’s scrappy Auburn team. Previously undefeated South Carolina dropped five spots after losing big in Tuscaloosa as well.

Baylor had the biggest gain of the week moving up nine spots after impressive wins over TCU and Texas Tech. Michigan State took two bad losses on the chin to Wisconsin and Iowa to drop the Spartans seven spots out of the top ten as well.