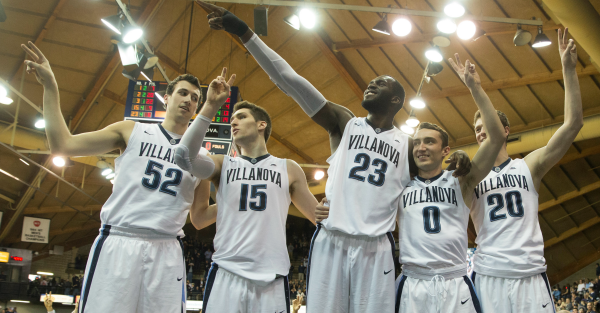 This week’s edition of the AP Poll has the same three teams at the top with the exception of Virginia, which actually tied with Oklahoma for the third spot. Villanova and Kansas got to keep their spots thanks to winning both of their games this week. Oklahoma lost at Texas Tech by two points, but apparently that wasn’t enough to drop them a spot despite the fact they’ve lost three out of their last five games.

Louisville had the best week in the poll with wins over Syracuse and Duke last week to move up seven spots to No. 11 in the poll. Duke also had a nice bump up five spots with a huge win over UNC in the first iteration this season of the nation’s biggest rivalry game.

There were a bunch of teams that dropped four spots and those teams all shared the biggest drops of the week. Iowa, Maryland, West Virginia, Iowa State and Notre Dame all lost at least one game and so they all get to share in the agony of dropping some spots. The full poll can be found below: