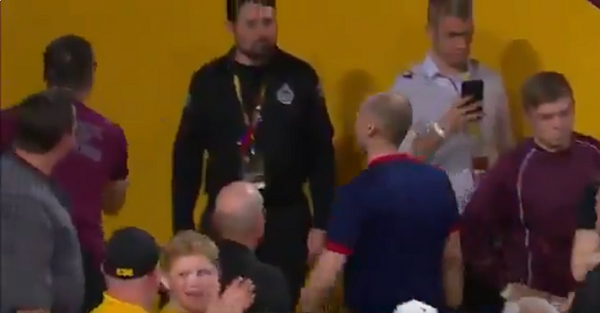 Oh my goodness… a cheerleader just got ejected by the referee 😂😂😂 pic.twitter.com/iFMfOoNOgH

It’s initially unclear what the cheerleader did, but the ESPN crew working the game made it clear that he was heckling a player. As a cheerleader that is widely frowned upon and apparently the ref wasn’t having it either.