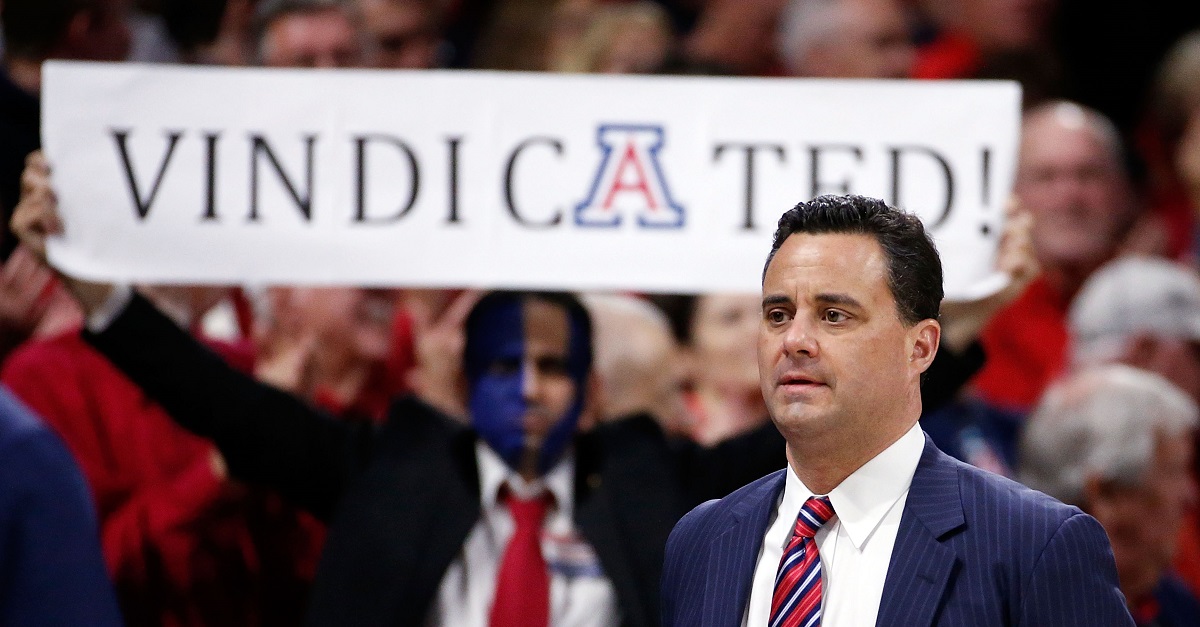 Four-star point guard Brandon Williams had been committed to Arizona since last summer, but with all of the cheating allegations against coach Sean Miller it appears that Williams might have been spooked out of staying committed. He’s now taken his name out of the 2018 recruiting class for the Wildcats according to Rivals reporter Corey Evans.

Arizona now lacking for a class of 2018 commit as its lone pledge, Brandon Williams, has reopened his recruitment. Top-50 guard who becomes a top available senior recruit

The 6-foot-1, 175-pound point guard is the No. 40 overall ranked recruit, the No. 4 recruit in California and the No. 12 recruit at his position according to ESPN. He also has offers from Arizona State, Kansas, California, UCLA, UConn, USC and Gonzaga. He could look to stay in-state now and stay closer to home and he has plenty of good programs that would love to have him so now his recruitment becomes even more important for some schools.