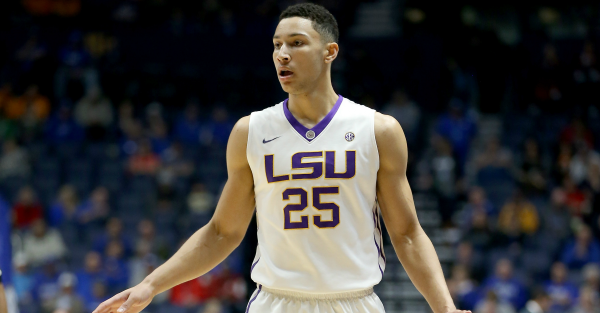 Ben Simmons is still considered to be the No. 1 overall pick in this year’s NBA Draft and he solidified that with his play at LSU this past season. Even if he did have to be great despite his coach not being great at his job — at least according to one SEC rival coach.

Simmons averaged 19.2 points, 11.8 rebounds and 4.8 assists per game this season. LSU decided not continue its season by joining a postseason tournament and so we won’t get to see any more of Simmons until some NBA Draft Combine action. However, Simmons was able to snag an award — albeit not the Wooden Award — from the United State Basketball Writers Association.

Congrats to @BenSimmons25, the winner of the prestigious Wayman Tisdale Award! pic.twitter.com/IG24o1sMTm