Bill Self took an unexpected jab from the Lawrence Police Department 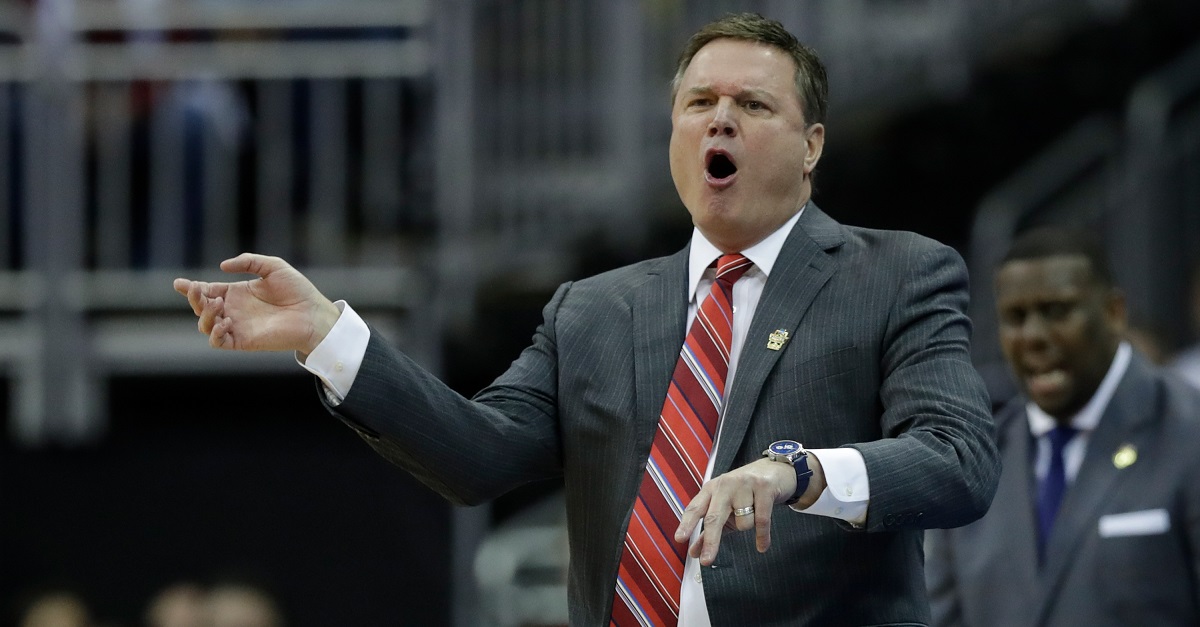 Kansas fans were undoubtedly frustrated Saturday night after watching their Jayhawks lose yet another Elite Eight game under coach Bill Self. This one was a 74-60 loss to Oregon. That left some people going nuts in the streets of Lawrence:

An intoxicated guy tried to pull a tree out of the ground. His friend carried him off before he could succeed. It's not the trees fault man

Bill Self’s 2-7 record in the Elite Eight has also made the Lawrence PD Twitter account a little feisty. It might have gone a little too far with one tweet though and actually trolled the Jayhawks’ inability to get to the last weekend of March Madness.

Well, at least we have a lot of experience dealing with fans after an #Elite8 loss. Get home safely Jayhawk fans. #DriveSober