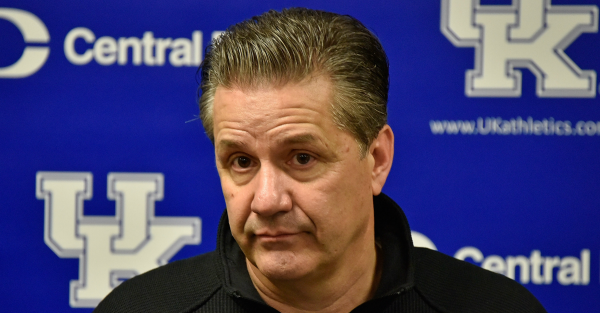 Kentucky coach John Calipari now has the gift of hindsight, and that vision is always 20/20. He thought that Damion Lee transferring to Louisville was a bad call and you could certainly argue that it was considering the Cards self-imposed a postseason ban.

However, that wasn’t the only factor that led to Calipari’s criticism. One of Calipari’s former assistants was just fired at Drexel after 15 seasons — Damion Lee transferred from there — because of one bad season this past year. From the Courier-Journal:

“The NCAA has a rule that a kid can leave a program like Drexel after being coached and molded for three years and go to another school without having to sit out,” Calipari said. “If Lee is there, they’re in the NCAA tournament. … It’s not about the school that took him. It’s about we let it happen.”

That’s not as much as a criticism of Louisville as it is the whole graduate transfer process, but the fact that Cal chose to single out Louisville won’t make any Cards fans happy. Not to mention that Cal is usually on the side of players to do what’s right for them so this seems like an odd stance to take for Calipari.