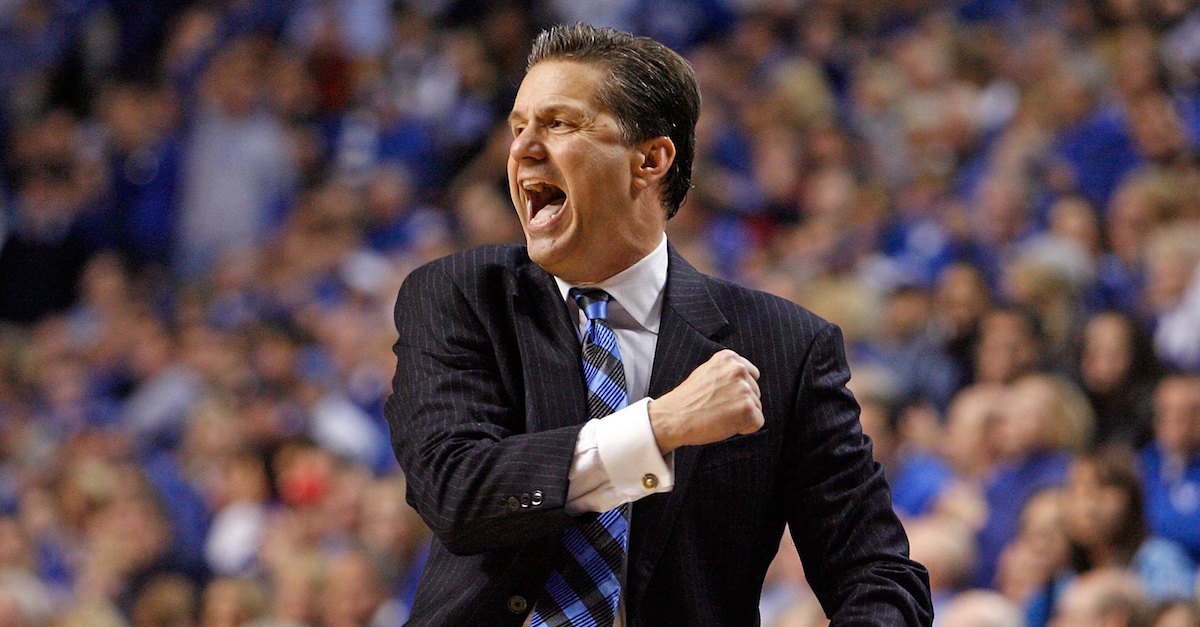 John Calipari is not a big believer in tempering expectations and has set the bar for his teams every year he’s coached at Kentucky. He also has set the bar incredibly for one freshman in particular.

RELATED: Could Bam Adebayo be the player for UK Shawn Kemp never was?

Edrice “Bam” Adebaoyo is a highly touted freshman for the Wildcats and was one of the five-star recruits Calipari brought on campus this season to replace the ones that just went to the NBA Draft. He’s a 6’10”, 240-pound McDonald’s All-American forward out of North Carolina who turned down Kansas, Auburn and others to play for Calipari.

RELATED: Kentucky has found its defensive stalwart for the 2016-17 season

Coach Calipari spoke to the media last week about his team and when asked about Adebayo he was incredibly complimentary and even compared him to other guys who have been named NBA Rookie of the Year in recent seasons.

?Look. My prediction will be kind of like Karl (Towns) and even Anthony (Davis), some of these guys that other players were more highly thought of, but when you start hitting late January and February, you?re going to say, ?Oh, my goodness.?

?Because he?s a beast with skills. Greatest kid. I mean, he?s the greatest teammate aside from that (talent) ? unselfish in all kinds of ways ? but he?s a beast who can play basketball. And he wants to win.?

That’s some seriously high praise for a kid who has never taken a shot or played in any sort of meaningful college game. Hopefully Calipari’s prediction turns out to be true because that would give him yet another No. 1 pick — he has three in his time at Kentucky — that he can use as a recruiting tool down the road.