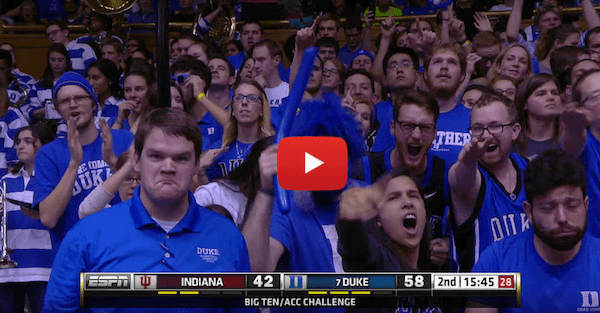 Cameron Indoor Stadium just hosted its 1,000th game and the Duke Blue Devils got the win over Louisville. The Duke video crew released a video showcasing the craziest moments in Cameron’s long history. There are a ton of UNC and Maryland rivalry moments — when the Terps were still in the ACC anyway.

There are some cameos from the likes of Shane Battier, Tyus Jones, Jahlil Okafor, Jayson Williams, Quinn Cook, and a ton of other Duke legends. Cameron Indoor Stadium seats 9,314 people and often gets filled past that for big games. It’s one of the jewels of college basketball and will continue to be as long as Duke exists.