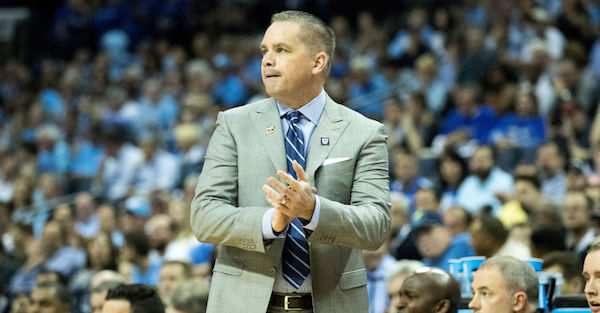 The Ohio State Buckeyes have found their next head coach and it’s not Creighton’s Greg McDermott or the Chicago Bulls’ Fred Hoiberg — it’s Butler’s Chris Holtmann.

According to a repot from ESPN’s Jeff Goodman, Holtman’s deal with the Buckeyes is an eight-year contract worth $3 million annually.

Holtmann, who has been at Butler for the last three years as their head coach hasn’t allowed the Bulldogs to fall under his watch, making the NCAA Tournament every year that he’s been there. He made the Sweet 16 this past season with the Bulldogs.

Ohio State giving Holtmann an eight-year deal indicates that the university will be patient and give the rising coaching star time to rebuild the program.

Holtmann may not be as flashy a name as McDermott or Hoiberg, but it looks like a solid hire and going after Butler head coaches has been a pretty solid strategy for teams in the past.