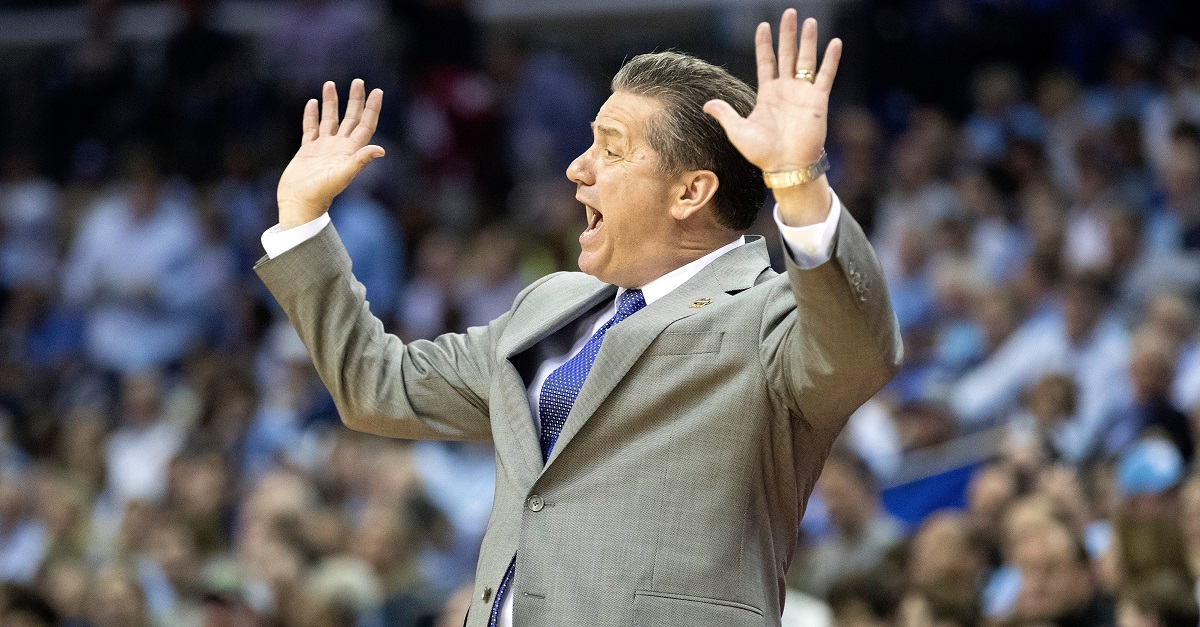 College basketball recruitniks were incredibly surprised to learn on Saturday night that five-star small forward Kevin Knox committed to Kentucky. The Wildcats already had five other recruits committed for the class and had two guys who could potentially play his position. In fact, most people believed he would end up in North Carolina with either the Tar Heels or the Blue Devils. So it’s only fitting that coach Cal gets his celebration on:

The new 6’9″, 206-pound Wildcat will have to show Cal some better dancing moves, but you have to love playing for a coach who gets that excited about landing you.