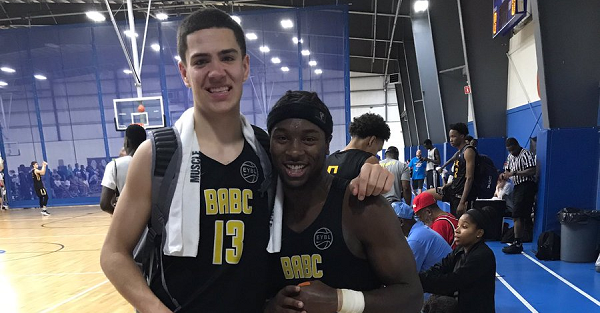 Cole Swider is rated as a four-star forward in the class of 2018 and just recently had dropped a top four list that included Duke, Syracuse, Xavier and Villanova. Some people thought Duke would swoop in and land him like they did Jordan Tucker for this past recruiting cycle, but the Rhode Island had other plans. He took to Twitter to make his announcement:

The 6’8″, 215-pound power forward has drawn comparisons to guys like Mike Miller and Mike Dunleavy Jr. so he sounds like a huge haul for Villanova coach Jay Wright. ESPN has him ranked as the No. 15 player at his position and No. 48 player overall in the country for his class.