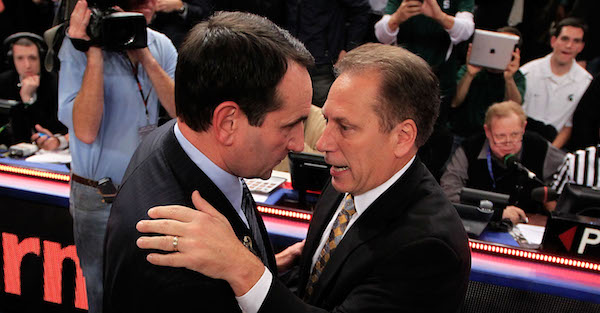 At 12-9 on the season, Tom Izzo’s Michigan State Spartans are in jeopardy of missing the NCAA tournament for the first time since 1997.

After Michigan State’s latest home loss to Purdue, Izzo was asked about frustration among the fan base, to which he responded with, “I don’t care about the fan base.”

Here's the exchange between Izzo and I, unedited, when I asked him about the 12-9 record after Purdue loss. pic.twitter.com/JLcrdgagW1

Izzo also broke a clipboard during the game, which the Spartans lost 84-73.

The Spartans have lost four of their last five games, and if they don’t turn things around, their NCAA tournament streak will be in serious jeopardy.