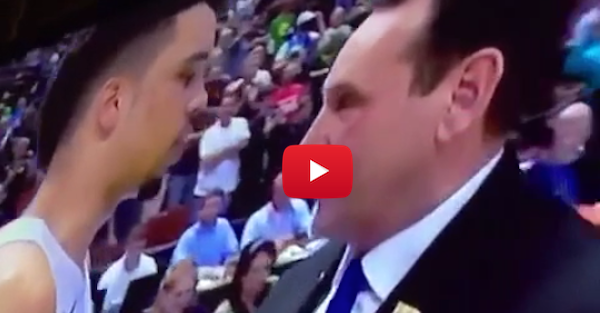 RELATED: Coach K under fire after exchange with Oregon player

It was bad enough that Grayson Allen totally blew off Oregon’s Dillon Brooks in the handshake line after Duke’s loss to Oregon, but we also saw Coach K deny having an exchange with Brooks after the game as well. Before the Sweet 16 games Friday night, CBS aired some of the audio caught in the exchange and Coach K is caught telling Brooks exactly what he said he didn’t say.

In case you couldn’t quite catch the audio, the closed captioning read like the following.

You got exposed, Coach K. There’s no getting around that one. Take this one on the chin and own up to it.