NBA’s potential top pick proves his worth with triple-double 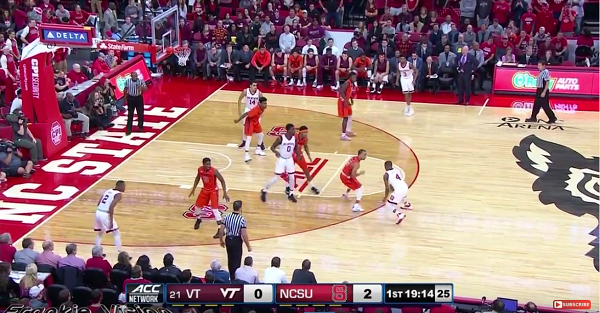 Dennis Smith Jr. was a top recruit in the class of 2016 and now he’s proving why with averages of 19.6 points, 6.5 assists, 4.1 rebounds and 2.1 steals per game while shooting 38.8 percent from beyond the arc and 46.6 percent overall. He also became just the second player in N.C. State history to record a triple-double:

Smith could have gone pretty much anywhere he wanted and chose the Wolfpack last year. He’s playing this season just removed from an ACL tear and he looks pretty darn good, if not great. He’ll be one of many players making a case to be taken No. 1 overall in this summer’s draft.