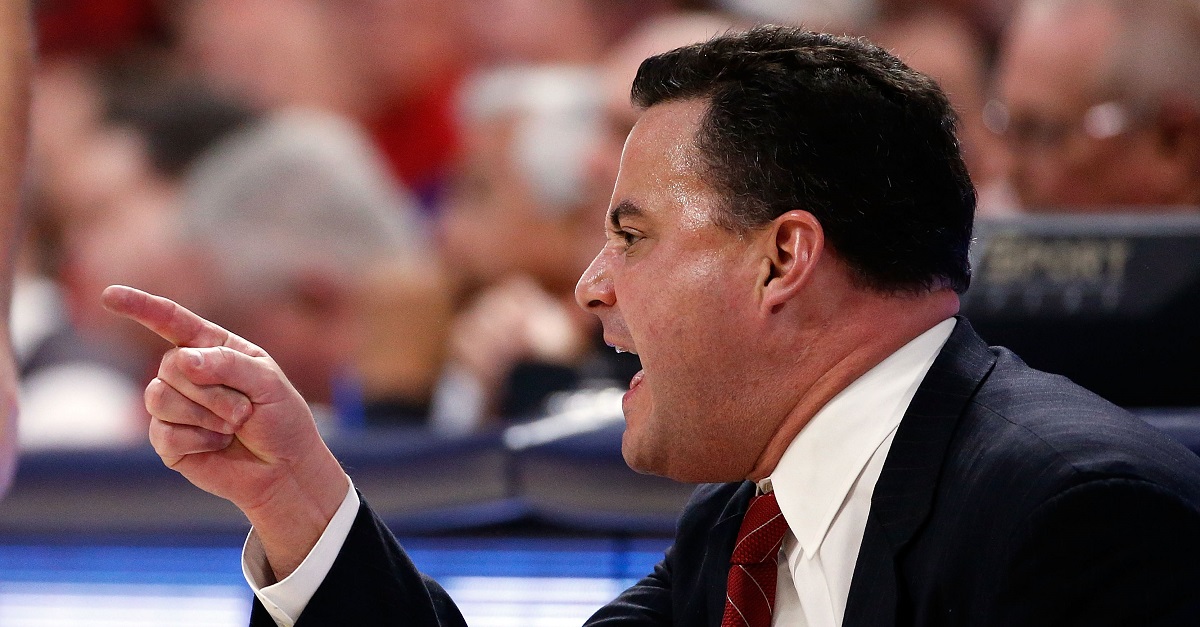 ESPN’s Dick Vitale believes Arizona coach Sean Miller should be fired following evidence of him discussing a $100,000 payment to ensure freshman Denadre Ayton signed with the Wildcats being brought to light.

Vitale shared a series of tweets on Saturday calling for the disgraced coach’s job, as well as during ESPN’s broadcast of the Duke-Syracuse game.

"Sean Miller should be fired. Fired immediately." — Dick Vitale, on the Duke/Cuse broadcast.

Mark / how does Sean Miller possibly Survive : the sleaze taking place has really put a damper on March Madness / gets worse by the hour ! https://t.co/8HVp6S2JM7

If u r a coach & u have had contact over the past few yrs with CHRISTIAN DAWKINS / u r not sleeping like a baby but probably crying like a baby / do u hear me @APlayersProgram Coach SEAN MILLER? Sorry Sean time to start packing the bags!

Agree with columnist @ghansen711 that Sean Miller must not be on the sidelne for @APlayersProgram ! I am so surprised as I was under the belief he did things the right way / give me a BIG TURNOVER Baby ! https://t.co/MLylrzB9Hi

The guys on @CollegeGameDay @jaybilas & co 100% right @Aplayersprogram Coach Sean Miller should be FIRED NOW ! He has ruined his career . https://t.co/7ZUJZLj3Lw

This certainly is NO SHOCK / Arizona Must clean house starting with Sean Miller / no place for making efforts to buy players ! Cats MUST be banned from @marchmadness IF Deandre Ayton took the alleged cash mentioned in FBI report . https://t.co/1NZrP58cRw

FBI wiretaps picked up a telephone conversation between Miller and Christian Dawkins — who the organization was investigating due to alleged basketball corruption — discussing the payment to Ayton, sources with the government’s evidence confirmed to ESPN on Friday.