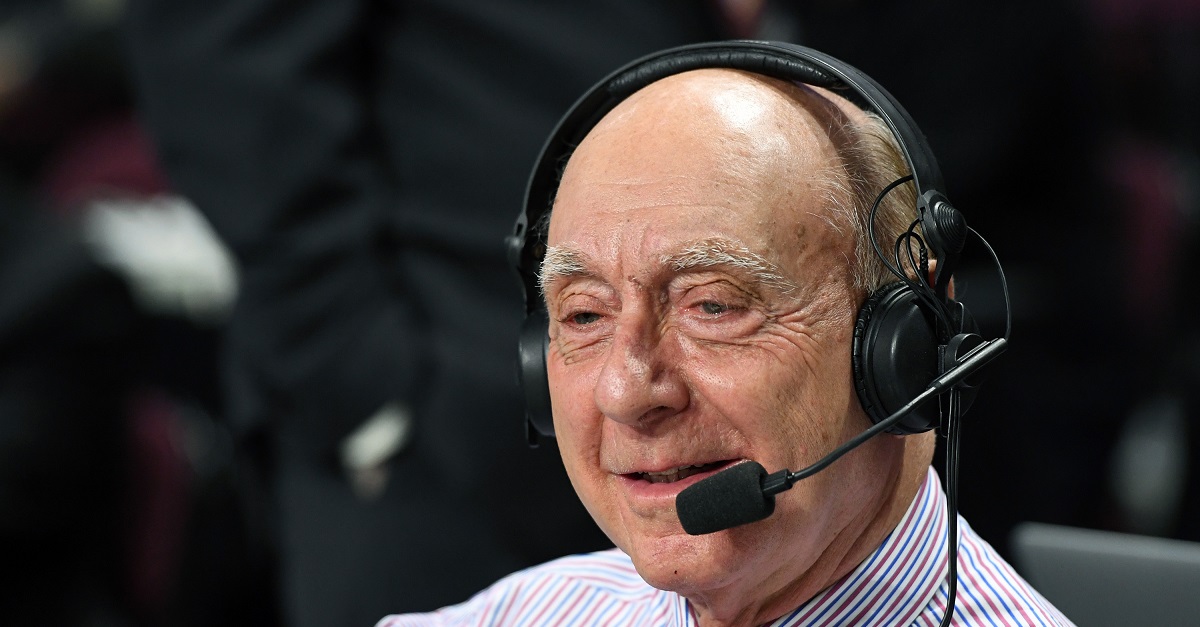 Dickie V is certainly considered a college basketball insider and analyst, but he has been known to give some crazy takes on the subject. This tweet is no different as he is claiming one of the youngest teams in the country will be the best for this upcoming season:

KEVIN KNOX is the real deal / now BBN & @UKCoachCalipari r my pre season # 1 / he is THAT GOOD @jerrytipton https://t.co/K487SAL3ce

The Wildcats will likely be one of the youngest teams in the country going by average age, but coach Calipari has made that work in his favor before. He won the 2012 national title with a team that was led by freshmen in Anthony Davis, Michael Kidd-Gilchrist and Marquis Teague.

Knox will likely be fighting for some time with other five-star recruits in P.J. Washington and Jarred Vanderbilt, but his addition does make the team much better than it already was. Coach Cal has the top recruiting class in the country with seven commitments (or eight if you count Hamidou Diallo who was an early enrollee in January). Five of them are rated as five-stars and the other two are four-star recruits.

It’s pretty early for a prediction like this, especially considering Duke had a strong class and could see point guard Frank Jackson come back to school if the NBA Combine doesn’t go as well for him as he hopes.  UNC could be a strong preseason No. 1 as well should Tony Bradley and Isaiah Hicks pull out of the NBA Draft.