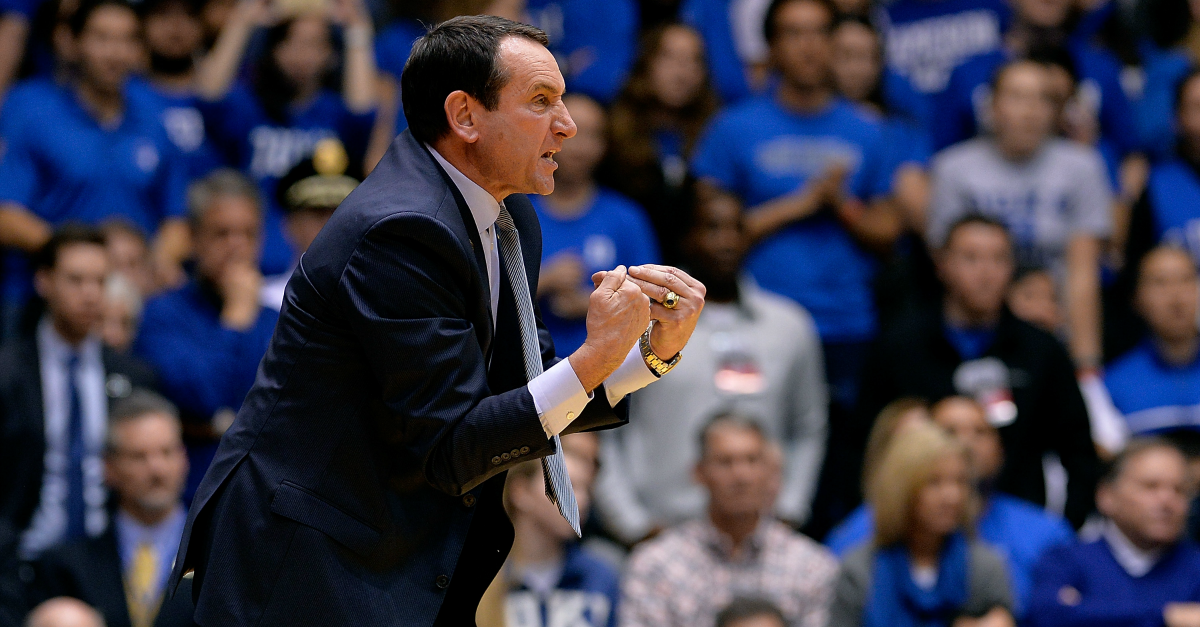 Duke athletic director Kevin White expects Coach K to keep coaching on the sideline for at least the next five years. White spoke to The News & Observer about Krzyzewski?s status, and said that he expects him to coach through the end of the his contract that runs through the 2020-21 season.

?Mike has a five-year contract in place and his intention is to honor that contract at a minimum,? White said. ?Given his unparalleled passion for leadership and the sport of basketball it would not surprise me at all if Mike coaches beyond his current contact. To be sure, and I?ve said this many times, we have the greatest coach at any level and in any sport representing Duke University. So I?d stand behind any of that. And he?s in great shape.?

Coach K has had two surgeries this offseason. One to fix a sports hernia and the other was a knee replacement. When coaches tend to get older and require some extra medical attention people start to question how much longer they’ll be coaching, but it sounds like Coach K is just fine and is looking forward to coaching some more games for a while to come.