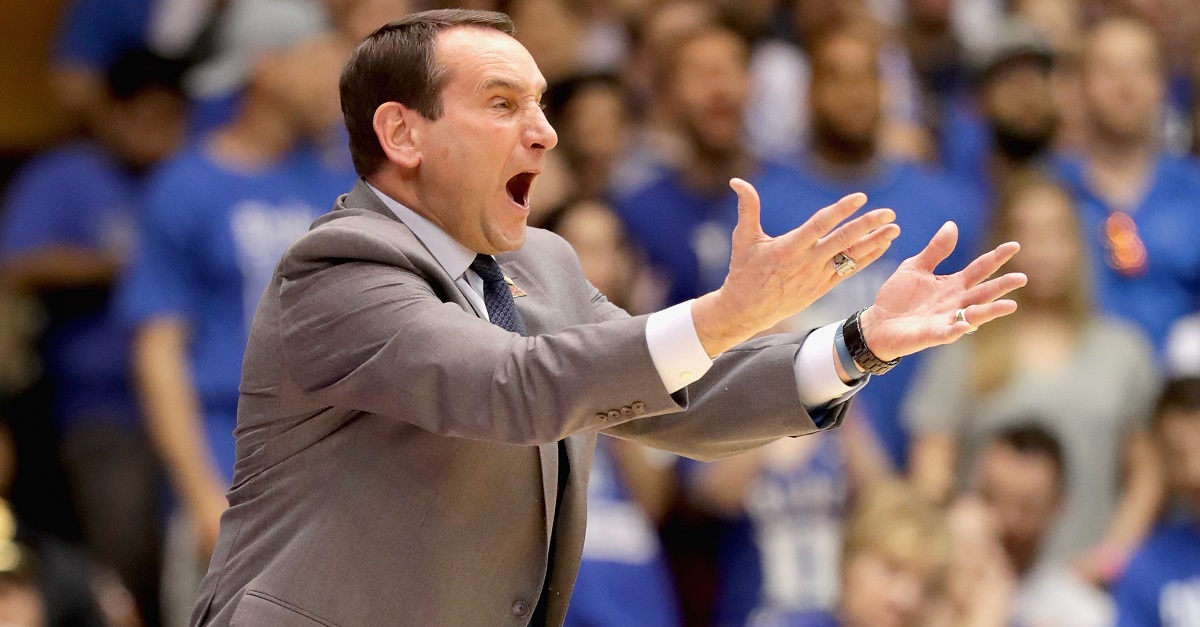 Duke has been reeling the past couple weeks after losing out on huge five-star recruit Kevin Knox and now losing guard depth with Frank Jackson signing an agent and staying in the NBA Draft. The Blue Devils have tried to get a win on the recruiting trail in the meantime by bringing four-star wing man Jordan Tucker onto campus and offering him a scholarship.

RELATED: Frank Jackson will stay in the NBA Draft

He took his visit and he’s already gotten his choices down to two schools:

2017 wing Jordan Tucker down to Duke and Syracuse, he tells @EvanDaniels @Therealjtucks

And Tucker told Scout that he could be committing as soon as this weekend or Monday at the very least. That would give Coach K and his staff the kind of depth they desperately need now with two scholarship spots surprisingly open.

RELATED: Duke taking quick and extreme measures after missing out on Kevin Knox

With Jackson going pro, that could very well open the door for five-star point guard Trevon Duval to make his decision quicker than expected as there was the possibility he would have backed up Jackson. And now he would immediately become the starter on day one. That’s what ESPN’s Jeff Goodman believed back before Jackson even signed an agent:

While his thought process was a bit of the opposite, you can make the case it’s the chicken or the egg first situation. Does one have to happen before the other and does one lead to other? We probably won’t find out, but it’s likely to make Duke fans anxious until Duval makes his official decision and signs somewhere to play this season.