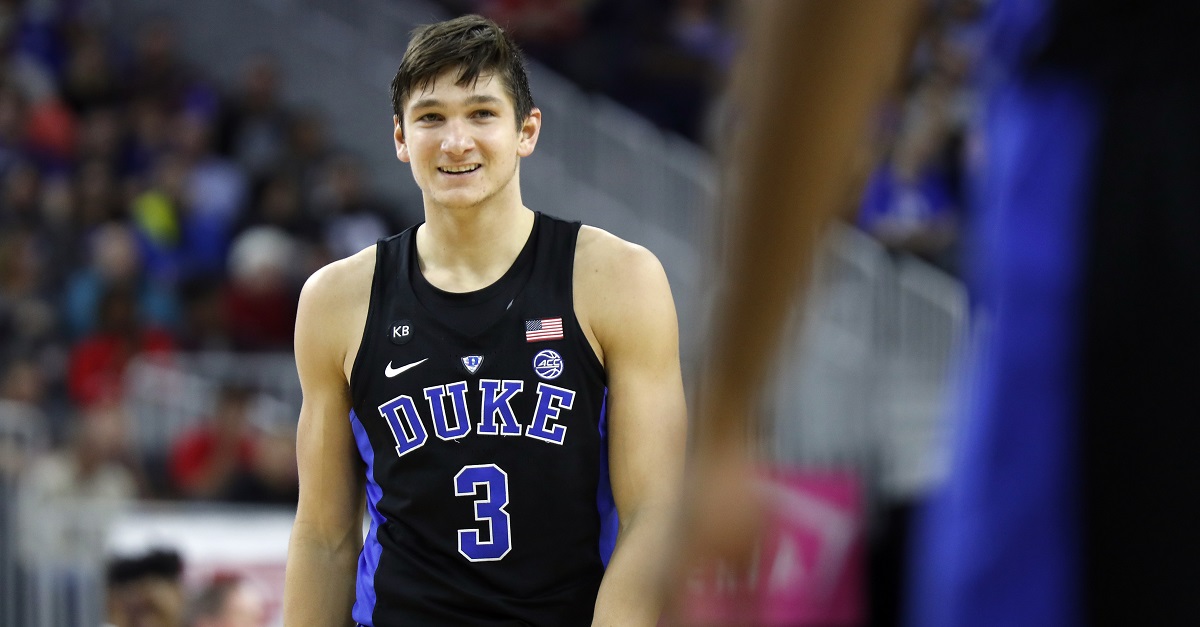 Duke gave star guard Grayson Allen an indefinite suspension after his most recent tripping incident, leaving many to wonder when exactly Allen would be back on the floor. Apparently not for too long, as Duke announced on Wednesday that Allen would be back in the lineup against in-conference foe Georgia Tech.

Grayson Allen is back and will start tonight against Georgia Tech, per the Duke Chronicle. The indefinite suspension lasted one game.

It’s an interesting decision by Coach Krzyzewski and Duke, as it looked like they were hoping to send a message to Allen after his last game where he tripped an opponent and then blew up in a tantrum on the bench. The Blue Devils did strip Allen of his team captaincy, but it appears that is the extent of his punishment after one game on the sideline.