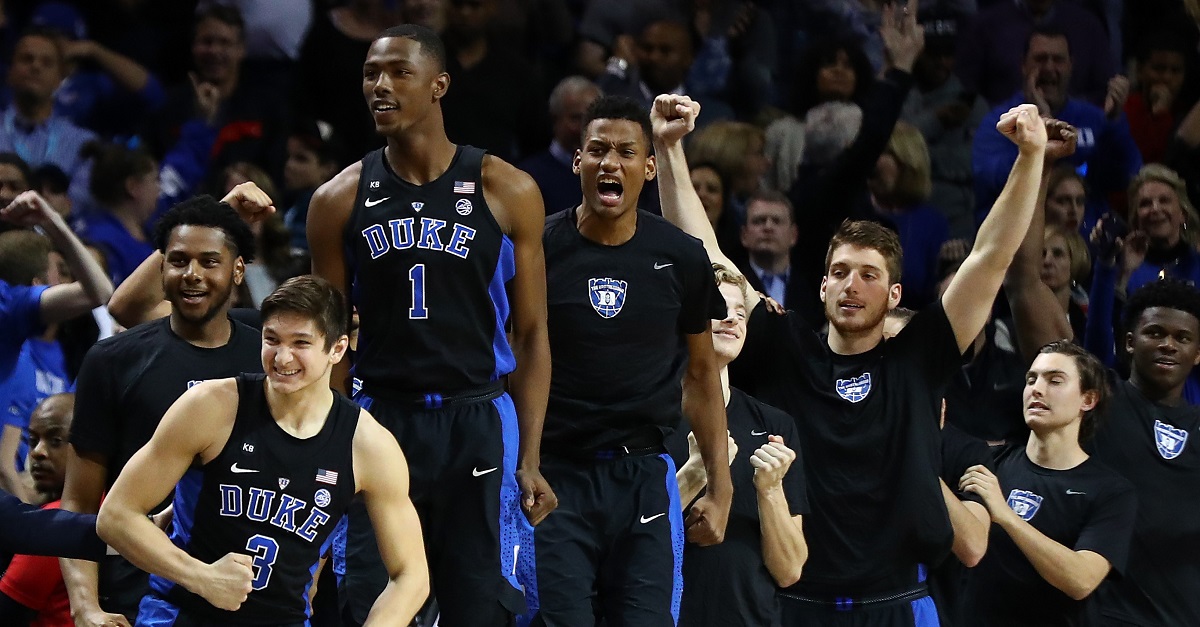 Al Bello/Getty Images
NEW YORK, NY - MARCH 11: The Duke Blue Devils bench reacts in the final seconds of their 75-69 win over the Notre Dame Fighting Irish during the championship game of the 2017 Men's ACC Basketball Tournament at the Barclays Center on March 11, 2017 in New York City. (Photo by Al Bello/Getty Images)

Duke has needed a good win off the court since losing out on Kevin Knox and unexpectedly losing guard Frank Jackson to the NBA Draft. It looks like they just got one after getting four-star forward Jordan Tucker on campus for a quick visit and now nabbing his commitment over Syracuse.

RELATED: Duke could be on verge of big recruiting weekend after major losses

Now Duke just needs to get a commitment from the last remaining five-star point guard in 2017’s cycle Trevon Duval and the class will be complete. With Frank Jackson going pro, Duval could be making a decision sooner than expected since there is another open spot in Duke’s class that won’t require any jumping through hoops to make the numbers work.