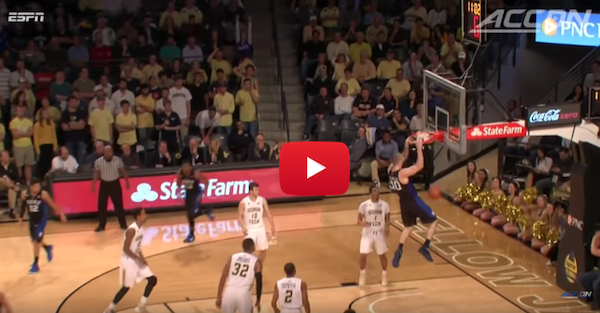 Duke (16-6, 5-4) traveled to Atlanta without Coach K to take on Georgia Tech (12-10, 2-7). The Blue Devils got the win 80-71 even with Mike Krzyzewski feeling under the weather and staying back in Durham. The Blue Devils were led by Grayson Allen who had 27 points, seven rebounds, a steal, and four assists. Brandon Ingram had another double-double with 14 points and 10 boards while Derryck Thornton had 15 points, four boards and three assists.

Duke only let Georgia Tech hit two triples and got to the line 18 times themselves. They outrebounded Georgia Tech and had four team blocks to boot. Duke next plays N.C. State on Saturday.