Duke in unfamiliar territory with latest loss to Louisville 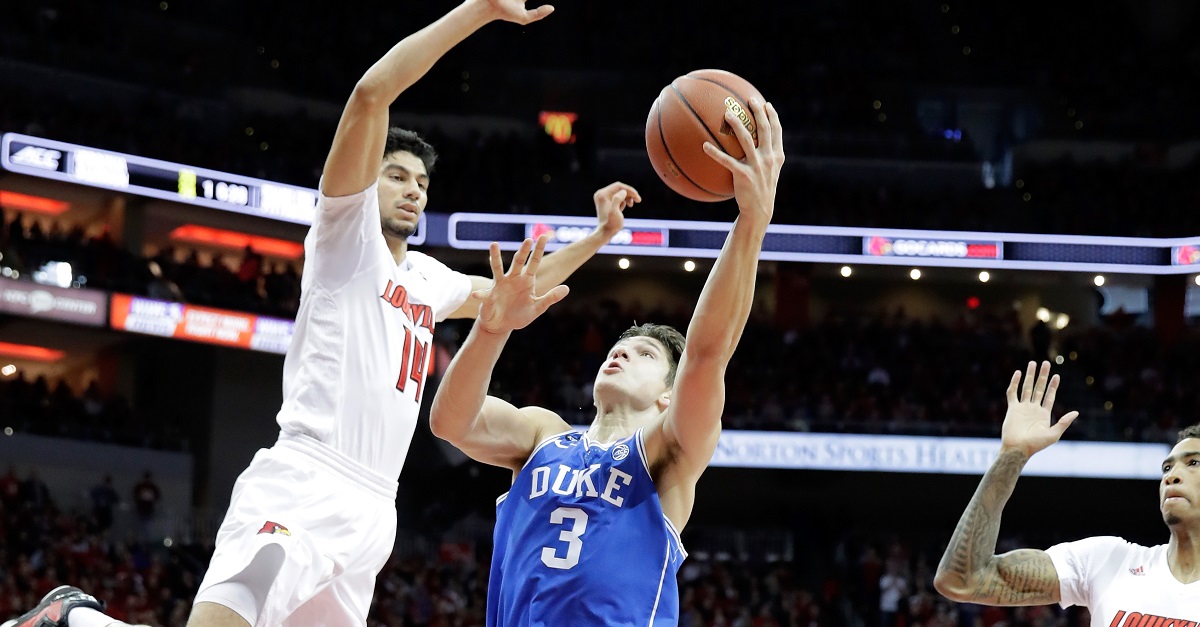 Duke has not been playing great as of late and that can probably be attributed to the loss of big man senior Amile Jefferson. However, those losses may be bigger than just two games on the wrong side of the win-loss column. The Blue Devils are now 2-3 in conference play with a bad upset loss to Virginia Tech and two losses to top 14 foes in FSU and Louisville.

With games against N.C. State and Wake Forest, Duke should be back to its winning ways soon, but those games are sandwiched between solid Miami and Notre Dame teams that could make them 2-2 over their next four conference games. Duke was supposed to be the class of the ACC and college basketball this year but injuries to star freshmen Marques Bolden, Harry Giles and Jayson Tatum have set them back a bit.

RELATED: Duke could lose its most important player to serious injury

With Coach K not on the bench, this Duke team faces a series of tests over the next month or so before he can return from his back surgery. He should be back in time for the conference tournament and then a possible NCAA Tournament run, but Duke will need to finish much better than it’s started if it wants to go deep in March.