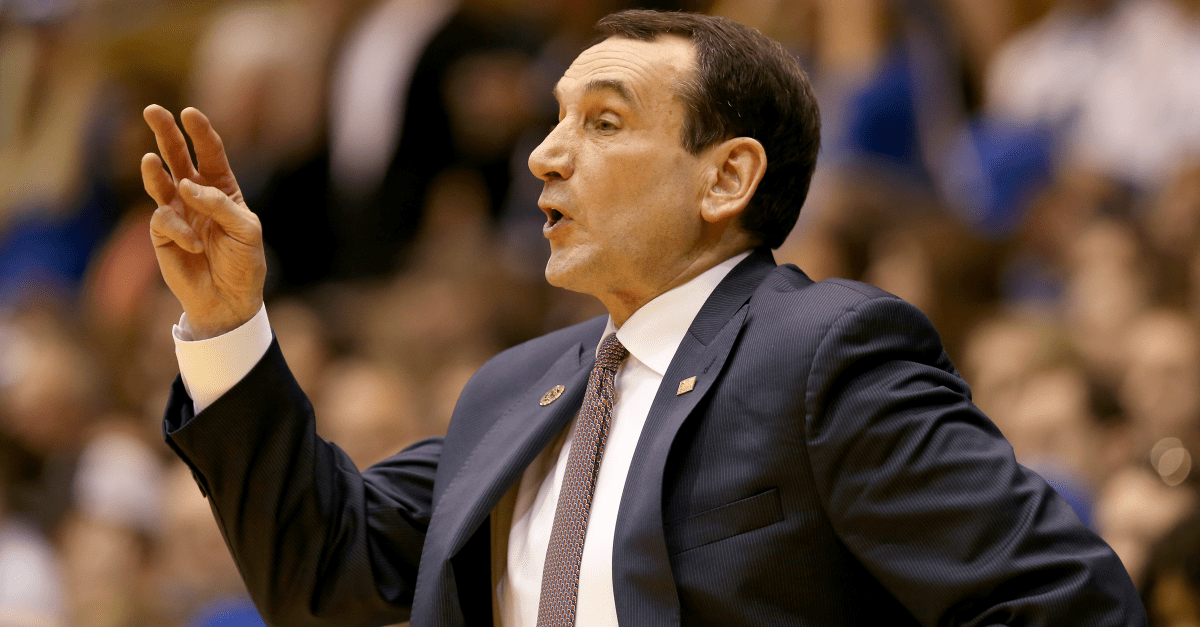 Coach K has started going the route of one-and-dones in college basketball much like Kentucky’s John Calipari has been doing for years. He did it with Jabari Parker, Tyus Jones and most notably, Jahlil Okafor.

That strategy seems to be helping him again as he currently has three guys committed to Duke who could only be on campus for one year and are ranked in the top 10 of ESPN’s final recruit rankings. The class is led by top recruit Harry Giles (PF), No. 3 recruit Jayson Tatum (SF) and No. 10 Frank Jackson (PG).

Duke also has four-star power forward Javin DeLaurier committed and is still getting consideration from No. 16 recruit and second-best center in the class, Marques Bolden. Duke is currently ranked as the second-best class behind Kentucky, but could definitely jump the Wildcats with the addition of Bolden.

You can find the full ESPN rankings at this link.