Duke looks to be at full strength again 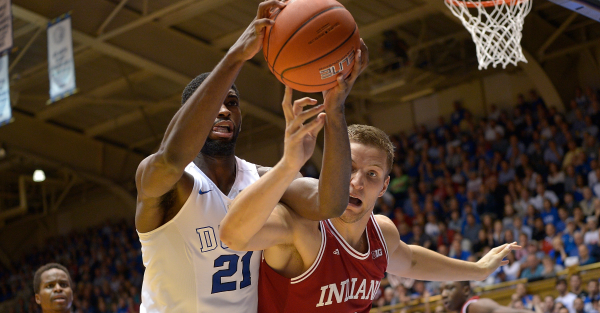 Duke has been getting some nice wins recently despite the notable absence of big man Amile Jefferson. He’s been sidelined since December, but it looks like he is feeling better and could make it back to the court against FSU on Thursday night. Even though the team had to go into hiding because of a tornado warning it was a good time to show a picture of Jefferson with no boot and fully suited up for practice.

Tornado warning on campus… The secret tunnel under Cameron is an ideal shelter. Safety first. pic.twitter.com/KgBDMjtceg