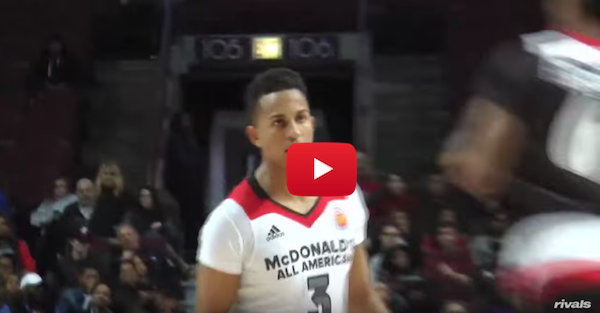 Duke signee Frank Jackson has opened up some eyes with his play in his senior year, but he really hopped on to the scene in Wednesday night’s McDonalds All-American Game. He was named MVP of the game with fellow Jackson-ite Josh. He also joined an elite group of guys by winning the slam dunk contest as well.

Frank is a five-star guard out of Alpine, Utah who is rated as the 11th best recruit in the country. He is also rated as the top player in the state and third-best player at the shooting guard position.