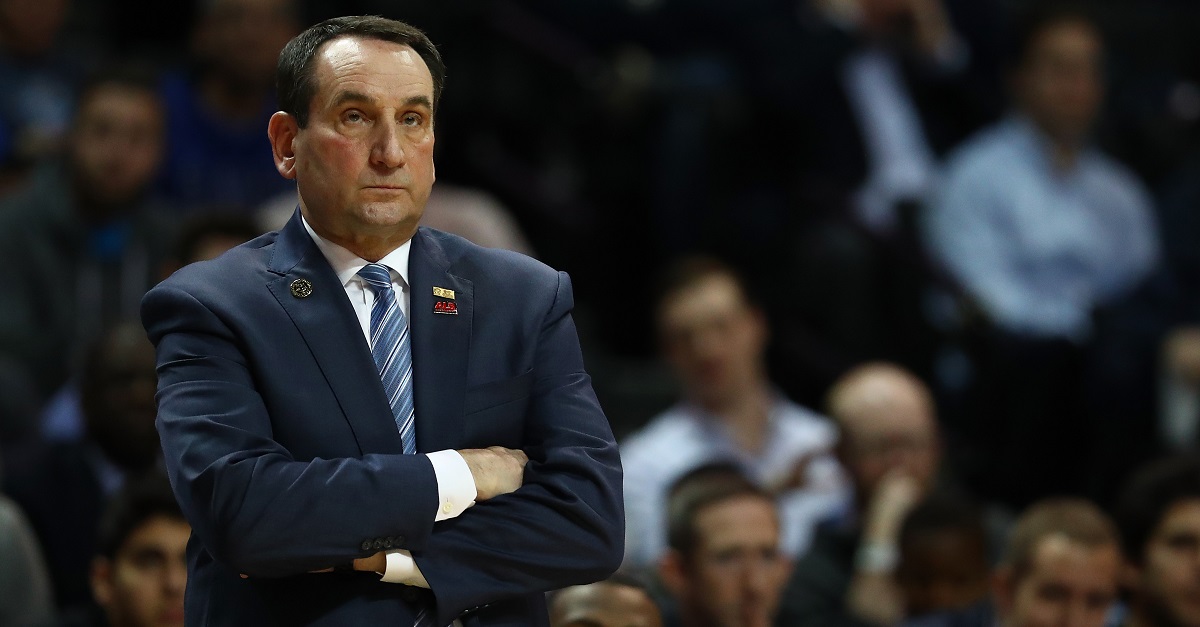 Al Bello/Getty Images
NEW YORK, NY - MARCH 08: Head coach Mike Krzyzewski of the Duke Blue Devils in action against the Clemson Tigers during the second round of the ACC Basketball Tournament at the Barclays Center on March 8, 2017 in New York City. (Photo by Al Bello/Getty Images)

Duke is trying to cobble together the last part of its recruiting class after missing out big time on five-star small forward Kevin Knox. The Blue Devils have enough guards and big men, but are sorely lacking a good wing player they can rely on and one that can make an immediate impact. Knox was supposed to be that guy as a top 10 player and the No. 2 small forward in the class.

RELATED: Duke could be in serious recruiting trouble after losing out on Kevin Knox

The Duke coaching staff is now looking at four-star forward Jordan Tucker as they’ve already offered him a scholarship and will have him visiting this weekend.

Official visit to Duke on Wednesday🤙🏽

That was pretty quick work after Knox decided to become a Kentucky Wildcats despite the majority of analysts and recruitniks saying it would come down to Duke or UNC and even then, most of them thought Duke was the school to beat to land him. While Tucker is two inches shorter than the 6’9″ Knox, he could end up making a pretty significant impact but not the one Duke was clearly hoping for with the higher ranked recruit.