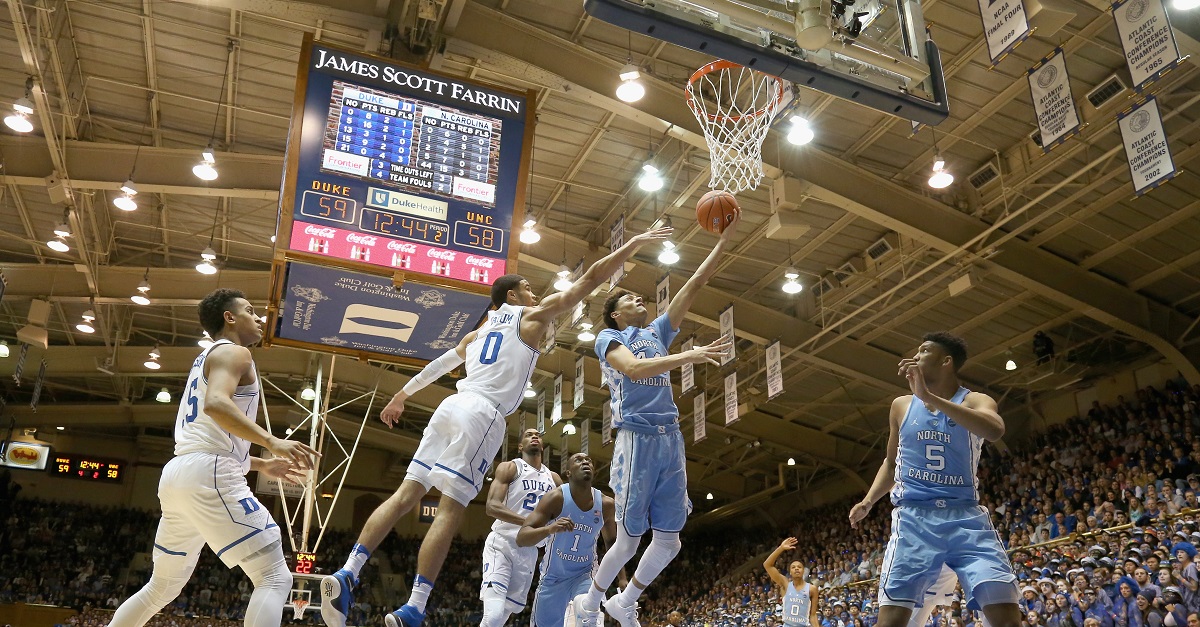 Former Duke forward Jayson Tatum was pretty great in his one year in Durham. He averaged 18.8 points, 2.1 assists and 7.3 rebounds a game in the 29 games he played. He shot 45.2 percent from the floor and 34.2 percent from beyond the arc, but he has not gotten the hype that guys like Markelle Fultz, Lonzo Ball, Josh Jackson and De’Aaron Fox have received.

However, if ESPN college basketball analyst and former Virginia Tech coach Seth Greenberg had it his way, Tatum would be going first overall:

I would take Jayson Tatum at 1. Wired to score. With the rules and the spacing he transitions seamlessly. Unstoppable in isolations. @NBA

Fultz has been the presumed No. 1 pick even before the 2016-17 season began and that has never changed. The No. 2 pick has gone back and forth between Josh Jackson and Lonzo Ball at times, but Tatum has generally been the No. 4 pick or later in most mock drafts. So for Greenberg to have him as high as No. 1 is pretty crazy and he is probably the only person who has the forward that high.